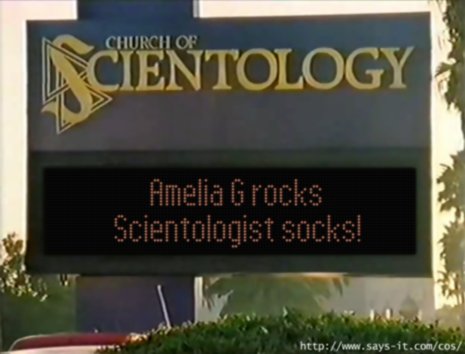 Los Angeles can be a difficult city to make deep connections with others in. I know literally hundreds of people who I genuinely like and enjoy in Southern California, but I can’t say most of them know me particularly in-depth or vice-versa. Sometimes I find it difficult to escape the feeling that every interaction is somehow tainted with business. And not in a cool getting-neat-creative-projects accomplished sort of way. A lot of people get a certain kind of bone marrow level lonely in Los Angeles and turn to drink, drugs, or specific religion.

There are a few traits AA and NA folks tend to pick up, which I would really be disappointed to find in myself. AA people are always simultaneously telling you that they are more virtuous and goody two shoes than you and more wild with fuller and more exciting lives than yours. This is rude, but a potentially unavoidable side-effect of working the program.

Secondly, AA and NA people always make their struggle with addiction the whole narrative they hang their existence on. I know some amazingly accomplished Hollywood artists who believe the story of their lives is how they got addicted to something and then dealt with being addicts. The books they have written, music they have performed, and people whose lives they have made better are all footnotes; the real story for AA folks is the road to and from addiction. Even though most addicts relapse at least occasionally, so this self-view does not even really work from a literary narrative structure perspective.

My largest obstacle to joining AA or NA is that I don’t have a particularly addictive personality. I mean, I’ve been enjoying my iced soy lattes made with gourmet, fair trade, artisan-roasted coffee bean espresso, but it wouldn’t kill me not to have them. I love beer, but, most of the time, a beer looks too much like twenty soul-sucking minutes on the elliptical to me and I’d rather spend the calories on something else. Maybe if cocaine and heroin came in tasty beverage form, I’d look into getting addicted to one of those, but I can’t imagine the bother involved with getting into an actual habit of reverse picking my nose or sticking pins in myself. I have enough trouble getting into the habit of working out. I mean, I feel good after I exercise and picking up heavy objects and putting them down again is much less annoying than most of the modes of ingesting addictive drugs.

But I digress. The important thing is that goofy sign generators are fun. Now you can each make your own Church of Scientology sign, hit the upload option, and be sure to use one of the “Hotlink for forums” code copy/paste snippets to share your sign here.

Posted by Amelia G on January 4, 2009. Filed under Blue Blood. You can follow any responses to this entry through the RSS 2.0. You can leave a response or trackback to this entry
Tags: aa, addiction, addictive, addicts, artists, beer, california, cocaine, coffee, cool, drink, drugs, heroin, hollywood, literary, los-angeles, na, scientologist, scientology