The FBI higher ups rake Bacon over the coals since they have been so ineffective in doing anything but falling into every one of Joe’s traps. Poor Mike is recovering but can’t help point out any suspects. 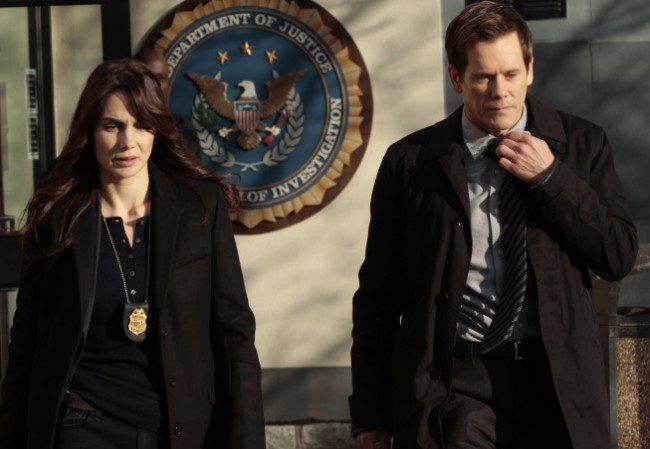 Joe continues to play pied piper to the children of his cult, further creeping us all out. This chapter is brought to you by an especially twisted individual who wants to kill anyone with the same name as his ex-wife, Claire Matthews. That’s, pretty messed up.

You know, a spear gun to the gut is not a way that I want to go. Or getting thrown out of a high rise. Or stabbed. Or shot with a nail gun. Gnarly.

Our Fake Gays have found refuge at a parent’s very nice lake house but they are in a bad way. Mommy comes home and Paul’s wounds have gone septic, meaning he’s gonna die unless he gets to a hospital. Which probably isn’t going to happen. Jacob keeps calling Emma but she isn’t picking up now that she’s Joe’s right hand psycho. Aww, that was almost touching how he killed Paul, all Cuckoos style. 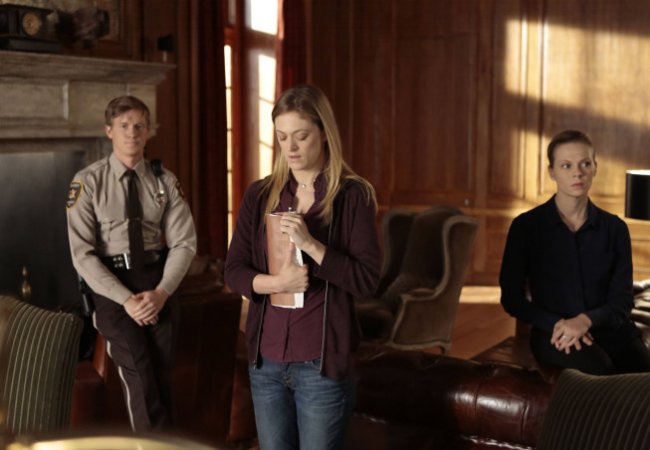 Joe is trying to play it cool after their tryst which Emma does not appreciate. What did you think was gonna happen?! She’s just a distraction, a subplot of the main story. Doesn’t she know that? Yay! Jacob makes it to the Cult house! That will smooth things over!

Haha, never question Bacon’s ability to shoot a bitch in the chest. You definitely don’t need to ask him twice. The Cult uses their superior hacker skills and roughly knows where the real Claire is. Great, judging from the preview for next week’s episode I’m probably going to chew off all my nails from the suspense of it all. Here’s a unicorn chaser if you need it.

Posted by Raygun Robyn on March 18, 2013. Filed under Headline, Popcorn. You can follow any responses to this entry through the RSS 2.0. You can leave a response or trackback to this entry
Tags: bacon, claire, cult, emma, hardy, jacob, jerks, joe, love hurts, love stinks, matthews, paul, psycho, the following