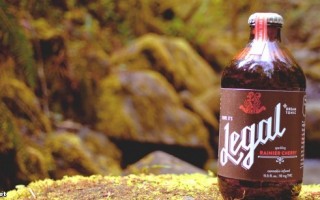 The Internet’s Most Popular Cats


So I’ve been doing some business research where I get to use all these fancy (expensive) professional databases. One of the databases I have access to is Statista. Here is how Statista describes itself: The world’s largest statistics portal We pride ourselves in being the world’s first and only company to bring together data from […]


So this crocodile attacked its water filter in a fit of crocodylian pique. According to Discovery News, there are various hypotheses about what in the animal’s tank might have made it turn orange, but nobody knows for sure. Pretty certain it is something which got into the water or into the crocodile as a result […]


So, Snopes and various other there-is-no-Santa-Claus-dot-com sites are reporting that sharks are not actually swimming around people’s yards in New Jersey. For some reason, I find this awfully disappointing. I mean, I have a lot of friends on the East Coast and I would be very sad if one of them were actually, ya know, […]


I am incredibly amused that the Smarter Travel booking web site has a feature on 10 Incredibly Creepy Museums Around the World. Staff writer Caroline Morse includes my Hollywood neighbors the Museum of Death. Other museums to make the top 10 list are Torture Museum in Amsterdam, Netherlands, Vent Haven Museum in Fort Mitchell, Kentucky, […]


The Armory Blog reports that they have found “the perfect gift for the boozehound and gun enthusiast in your life”. To wit, a 12 Gauge Shotgun Shell Shot Glass set. According to the reviews on Amazon, this product could find an audience using much higher quality materials and a higher price point, but I still […]


The Natural History Museum of Los Angeles County has all sorts of new stuff in the new Dinosaur Hall. I used to love the dinosaurs at the American Museum of Natural History in New York as a kid, so I’m very excited to check out this new exhibit. Their Tyrannosaurus Rex was incredible. I assume […]

Would you want a glow-in-the-dark dog?


Some medical research mad scientists in Korea recently announced that they had genetically modified a dog to glow in the dark. The beagle Tegon’s special ability is not an always thing. Tegon has to be fed doxycycline in order to glow. I don’t know about beagles, but I’ve had to take doxy antibiotics before and […]


Recently, while traipsing around the web with malice in my heart, I stumbled across a biological weapon of righteous vengeance.  Something that struck fear in the deepest darkest recesses of  my consciousness…a veritable doomsday device that is both terrible and awesome to behold;  Super Crabs. (This product is apparently real. Someone please order this and […]