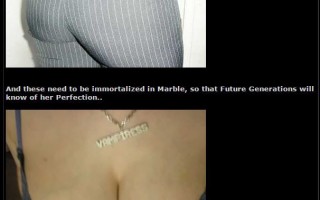 - by Amelia G in Headline, Manifesto


It might seem like a tautology to say that tragedy journalism makes me sad. But it makes me sad beyond just what is awful about it. Of course, I feel bad when I see that a plant in Waco exploded to disastrous result and the graphic images of people who were the victims of random […]


Billy Corgan just gave a really interesting interview on Alex Jones’ Infowars show where he talked about the dissonance some people are experiencing as they face the societal illusions being propagated by current Government entities and mainstream media, versus their own intuitive interpretation of the world they live in. His new album is titled Oceania, […]

Question: How far would you go if threatened?


How far would you go if threatened? I’ve been thinking about this a bit extra due to Game of Thrones. For example, does it make sense to kill suckling infants for fear that, when they grow up, they might want your job? What if their success meant you’d probably have to be dead, not just […]

Question: Do you believe men and women can be friends?


Do you believe men and women can be friends? Is it possible to be friends with someone you find sexually attractive? I was just having a conversation with my brother about this. After the usual points about why I loathed the movie When Harry Met Sally, my brother sent me this video. It is kind […]

My Disappointment with Google+


Ok, I have to admit, the Google+ novelty is wearing thin. The vast majority of people I know are performers, artists, writers, bloggers, activists, musicians, etc. and too many of the accepted cultural norms within each of those communities run afoul of the unevenly enforced prudish neo-Victorian Google+ behavioral and identity standards. Most of the […]