Years ago, when I lived in the DC burbs, Dennys was sued for discriminating against black customers. The Dennys near where I lived, the one the local punks used to get abused at, was named specifically in the suit because they had been evil about seating a couple of black Secret Service agents. Dennys lost, partly because people felt that good enough to guard our president ought to be good enough not to be discriminated against. The frustrating thing for many of my compatriots at the time was that we’d all been discriminated against in the exact same way; the language just doesn’t exactly exist for what to call that particular strain of bigotry.

So I don’t know what to call being prejudiced against pirates and I’m sure some folks are snickering reading this, but Jon Taffer on Spike’s Bar Rescue just got his show removed from my TiVo for being a disgraceful bigot. A bit of background on the show: The basic premise of Bar Rescue is that consultant Jon Taffer comes to a failing bar and gives both the physical premises and the staff a makeover in just a few days. The idea is that bar owners who are in over their heads can benefit from his expertise.

Like many business makeover reality shows, Taffer tends to come in a bit overly aggressive to dominate the owner into accepting that Taffer knows best. In the episode offensively named “Yo-Ho-Ho And A Bottle Of Dumb”, however, the scene where the consultant talks to the bar owner, Tracy Rebelo, starts off with him just berating her, demanding over and over again that she must be “ashamed”. If you’ve spent any time in DC counterculture, as I have, you can tell that she is attempting to express that she needs to not be $900,000 in debt because she feels she has created an important haven for her community, something she is proud of. She obviously wants to fix her money problems because she wants to be able to keep the pirate bar open for her community, not because she just got a wild hair to be rich. Her backstory was that she quit a a corporate job to do this and has sacrificed everything to do so, to the point where she lost her house and she and her husband and daughter had to move in with her parents. She is committed to her vision, but she needs some help in the business department. Only the reality show guy won’t let her get a full sentence out without shouting over her.

Jon Taffer is a yeller. Personally, I try not to do business with yellers, but I also try not to do business with people who can’t be reached without raising your voice. So I will accept that maybe a reality show consultant sometimes has to deal with people who require a raised voice. Even for Jon Taffer, however, he is shouting at the Piratz Tavern staff to a comical degree. When he asks one of the staffers, Archer the pirate, why he is smirking, Archer explains that it is because he is watching a grown man yell at people who are not children. Instead of acknowledging that he could actually probably reach them in a normal human voice, Taffer fires back that Archer is dressed like a six-year-old boy. It is too bad that Jon Taffer feels so deeply threatened by pirates that he has to attack like that, but I really don’t think they were about to make him walk the plank.

Ironically, later in the episode the incompetent customer service trainer contemptuously tells One-Eyed Mike, another of the pirate staff, to talk in a “normal person voice” over and over, without explaining what the heck she means. The purported trainer is hot if you like the type, so perhaps that is how she got the job. One-Eyed Mike has some charm and clearly means well, and he really seems ready and willing to learn, but this awful woman can’t stop being rude to him for long enough to teach him.

Now, from the initial hidden camera reconnaissance part of the show, it appears that some quality customer service training would help the Piratz Tavern. A good consultant could help them spruce the place up to get customers they don’t know personally. Piratz needs to make smaller drinks and learn how to use drink shakers. They need to trim down their menu to just a few things and learn to do those few things well. And so forth. There was definitely work for a consultant to do here.

It is telling that, on the Spike web site, the premiere of the second season of Bar Rescue is entitled “Commandeering Piratz Tavern”. I watched the episode with Forrest Black and his first thought was that Taffer was just trying to snake the location. Taffer did nothing that was business consulting. There was no taking what the pirates had and making it better. Bar Rescue simply gutted the place and renamed it — I am not exaggerating or making this up for humor — and renamed it Corporate.

There is one moment of great television in this final episode of Bar Rescue I will ever watch. Reality television always tends to try to break down the subjects of makeovers, so that they will be dubious and resistant in the beginning and ecstatic and grateful in the end. Only, when Jon Taffer does his big reveal of the Corporate sign, nobody cheers. In point of fact, the responses appear to vary in the grim to devastated to horrified range. The people of Piratz Tavern are so sad and angry that there is just no faking it, even with reality TV editing. The scene is kind of hilarious, if you have a dark sense of humor.

I was interested in watching a business consulting show. I would be interested in watching a show about deciding what sort of bar to open and then executing that project. But I was disgusted by the bait and switch of being told I would see a bar consultant turn a business around and then seeing Bar Rescue just phone in placing a random bar at the same location. Apart from everything else, Jon Taffer egregiously misgauged Silver Spring, Maryland. Having spent some years in the area, I feel qualified to say that there are plenty of pirate-loving people with corporate jobs there and I don’t think that most people who have corporate jobs in Silver Spring are dying to drink or eat at a job-themed bar. It is just not the culture of the place.

But then we’ve already established that Jon Taffer is culturally insensitive. When I cast my mind back over the first season, it seems like the original theme of each bar was usually incorporated in the makeover, although I usually found the episodes foolish when they involved renaming. Bar Rescue even had an episode where someone had a children’s toys-themed bar and Jon Taffer kept some of the toys for the makeover’s decor. Only, when he did a biker bar attached to a strip club, he pretty much pulled the same nonsense as at Piratz, except that he also managed to drive away the female owner’s long-time lover, who had been helping out with the business. Because his concept was getting lots of regular suburban women in to drink at the bar, as that always works at a place which shares a door with a strip club. At least, in the instance of Piratz Tavern, the pirate community pulled together to help Tracy Rebelo rebuild after the Bar Rescue people left. Anyway, I will never watch Bar Rescue again. I am interested in business, but I have no interest in hearing incorrect information from a culturally insensitive bigot.

On the Bar Rescue television show, they claimed that Tracy Rebelo only kept the business open as Corporate for a few days, but Spike TV posted a follow-up clip on their web site where Jon Taffer says they pulled the sign down the very next day. Then he goes on whining that it was difficult to deal with pirates and shouting about how Piratz Tavern is definitely going to close and how he won’t feel bad when it does. He should feel bad because it was his job to help and he failed. Worse than that, he failed because he was narrow-minded. Jon Taffer’s Twitter is littered with hate speech about pirates, of a sort which would not be tolerated with most minorities. If he really thought he was right, he wouldn’t need to be so defensively furious and hateful. On his Twitter, Jon Taffer also claims, “Next Week’s episode is going to be inane!” Maybe he meant “insane”, as opposed to “inane”, but I’ll never know. (Yes, I am aware that writing this means I will have at least one typo in this article.)

Bars mean money, but they also mean stress if they aren’t properly run. Jon Taffer is a bar and nightclub owner who has started, flipped, or owned over 600 bars and clubs in his career and currently owns one of the most highly respected consulting firms in the bar and nightclub industry. Jon will travel around the country and employ his expertise to return struggling bars to the cash cows they once were. Everything from the science of the perfect pour, to the height of the bar stools is a key factor in making a bar the hottest place in town. 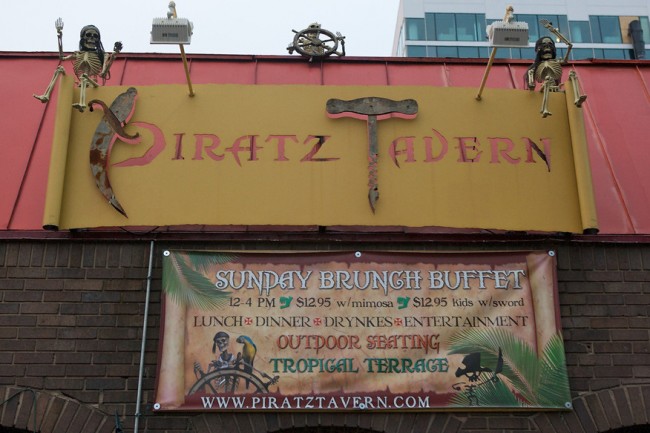 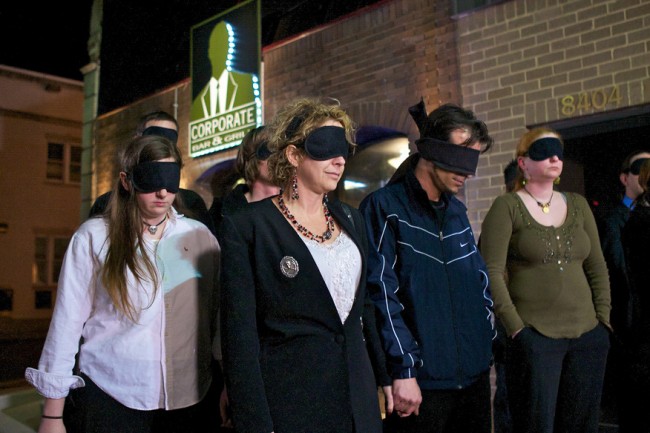 The Bar Rescue big reveal is about to fail miserably 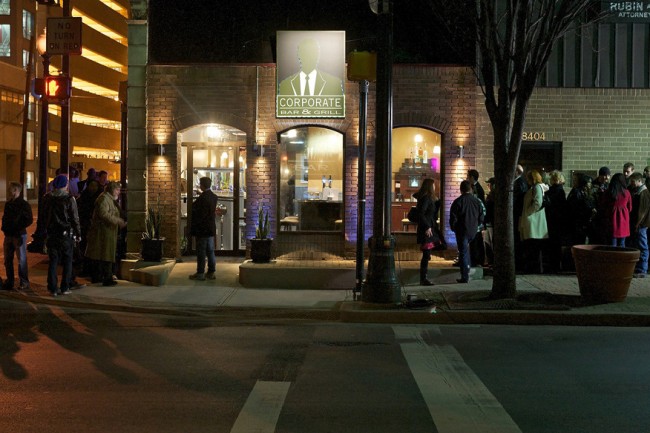 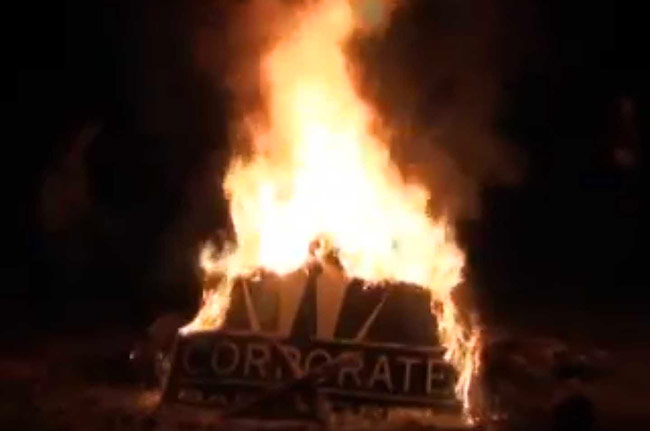 Pirate community pulls together to fix bar, also shoots and burns Corporate Bar and Grill sign, and posts video of it on YouTube, set to the dulcet tones of One-Eyed Mike's pirate ballad of Bar Rescue