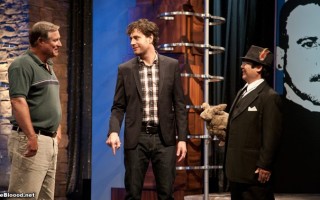 
Tonight’s episode of Immortalized is the season finale. It’s been on my DVR for two weeks, much to my bafflement, and I’m sure this says everything we need to know about the show’s chances of a second season. You don’t randomly broadcast the finale out of sequence on a Monday if you think anyone is […]


It’s Valentine’s Day, which is an odd choice to debut a show about competitive taxidermy, but it works for me. My wife is allergic to V-day, which she considers to be the antithesis of all things romantic, so I get the stink-eye for bringing home flowers and artisan chocolates. However, I got a big smile […]