The brilliant and witty Will Judy will be recapping this final season of HBO’s Game of Thrones here. I’d like to share my predictions for the season first.

Jon Snow and Dani fall in love and unite a bunch of everyone’s favorite (not dead yet) characters, many of whom had previously been at odds with one another. With their combined armies, they conquer Cersei. Jaime Lannister dies trying to make things right for Cersei, even while she is frosting him.

Dani isn’t going to allow the patriarchy to make her sit NEXT TO the Iron Throne. So she’ll have to kill Jon Snow. Probably using fire. Maybe dragons, unless the dragons like him too much. He definitely rides a dragon first. Dani will already be pregnant at this point. Read the fine print on that witchy curse.

Sansa, thinking she has a shot at ruling and having been through too much horror, will conspire with the Hound to have the infant heir killed. Circle of life in the Game of Thrones. (Whatever happened to Gendry? The actor who played him is hot.)

Also, even the (sorta) good guys will do stuff which deeply sucks for the so-called smallfolk.

Then the Night King will show up, in all his sexy cool blue glory, to freeze everything. Maybe, through Bran’s warg connection with Tall, Cold, and Handsome, we will see Icy is really as good a guy as any other potential ruler of Westeros. Benji can be the undead Hand of the (new) King.

I predict a lot of perennial cycle of destruction and renewal themes. Lots of resurrection. Fire undead from Melisandre and the Men without Banners and frozen undead from the Night King’s buddies. (Forrest Black points out that, while battling a force featuring the world’s most powerful necromancer, maybe don’t use the tactic of hiding in a crypt.) Maybe grayscale and dragon glass could be helpful. Only you can lead a man to technology, but you can’t make hom have an open mind.

What would you do, if you knew the solution for all the world’s problems, but nobody would listen to you because you are Samwell Tarly? Maybe start a new combination library system for honest recording of history and a set of guard posts with a cool name like the Night’s Watch and hope for next summer…

Also, everybody who is somebody dies and their actions end up forgotten or misremembered. Because Ozymandious, King of Kings. Look upon my works, ye mighty, and despair. 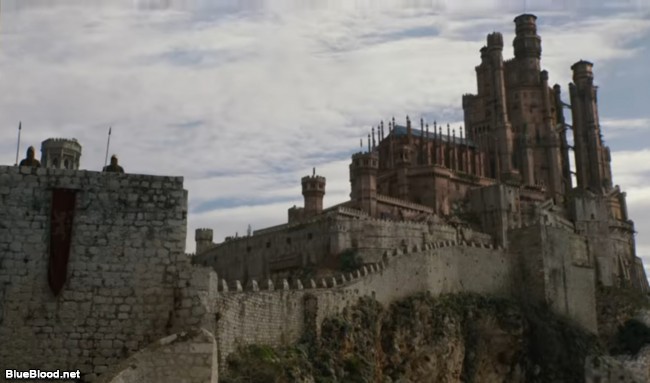 Posted by Amelia G on April 14, 2019. Filed under Headline, Popcorn. You can follow any responses to this entry through the RSS 2.0. You can leave a response or trackback to this entry
Tags: game of thrones, hbo, predictions, seadon 8