Given that it is pretty much the best thing on television right now, I’m not exactly surprised that Game of Thrones has been renewed for a Season 3 on HBO. With Boardwalk Empire’s wretched season finale and few feature films coming to premium cable in a timely fashion, I wonder how much of an uptick HBO’s subscriber rolls increased right before April 1 when Season 2 of Game of Thrones started.

Dear HBO, I don’t know why a Season 4 could not contractually be agreed upon at the moment, to round out the four book series, but I’m totally setting 7 idols on fire now to pray for the continuance of the series. 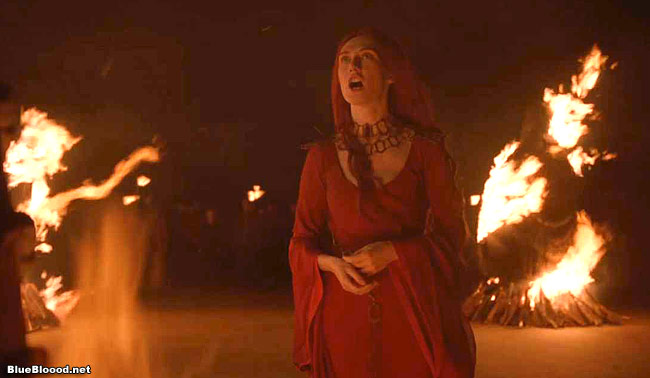 LOS ANGELES, April 10, 2012 – HBO has renewed GAME OF THRONES for a third season, it was announced today by Michael Lombardo, president, HBO Programming.

“Series creators David Benioff and D.B. Weiss raised our expectations for the second season – and then surpassed them,” said Lombardo. “We are thrilled by all the viewer and media support we’ve received for the series, and can’t wait to see what Dan and David have in store for next season.”

Based on the bestselling fantasy book series by George R.R. Martin, GAME OF THRONES is an epic drama set in the world of Westeros, where ambitious men and women of both honor and ill-repute live in a land whose summers and winters can last years. The Emmy®- and Golden Globe-winning fantasy series began its ten-episode second season Sunday, April 1 (9:00-10:00 p.m. ET/PT), with other episodes debuting subsequent Sundays at the same time.

Among the early critical praise for the second season, Newsday called GAME OF THRONES “the best show on television,” while the Los Angeles Times termed the series “a cinematic feast” and “masterful.” The Wall Street Journal hailed the show as “magnificent” and USA Today called it “near perfection.”

According to early data, GAME OF THRONES’ season two premiere has already accumulated a gross audience of 8.3 million viewers, and is on track to easily surpass the season one average of 9.3 million viewers.

Posted by Amelia G on April 10, 2012. Filed under Headline, Popcorn. You can follow any responses to this entry through the RSS 2.0. You can leave a response or trackback to this entry
Tags: game of thrones, hbo, melisandre