Game of Thrones, Episode 202, The Night Lands, or Loads of Sex and Not a Sign of Joffrey 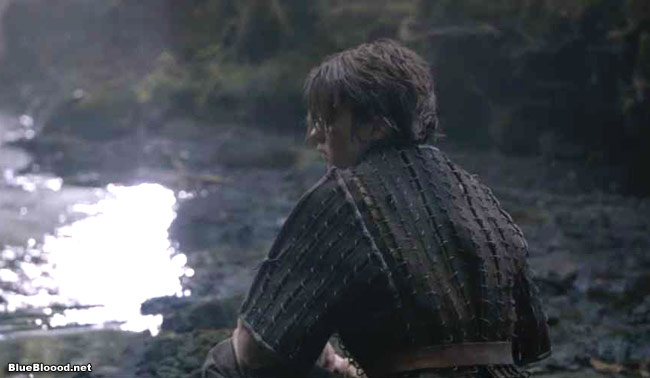 Our episode of Game of Thrones begins with Arya, looking emo and pissing in a creek. Yep, that kind of sets the tone.

The city watch has sent a pair of utter humps up the king’s road after Gendry, and predictably they get owned and sent packing. This earns Gendry a couple of stares and that’s that.

We get to see Tyrion cross not one but two well-lit rooms with a jaunty stride, before he opens his door to find Shae giggling away at Varys, who apparently got a great deal on on a truckload of obsequiousness and is handing it around to everyone who’ll sit still.

Anyhow, Varys makes it clear that he has shaken a bunch of useful dirt out of Shae, and Tyrion fumes and makes bad jokes. With Shae out of earshot, Tyrion drops the pretense and calls Varys out for fucking with him, with predictable results. 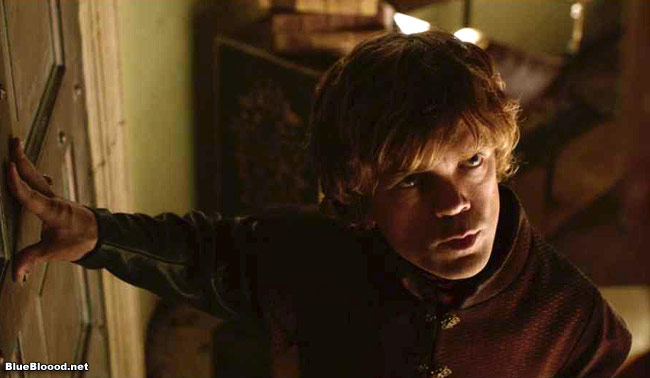 On to the council chamber, where the Lannister cousin who looks too much like Gendry is containing his terror as the queen regent tears up another official document. Tyrion makes a bad joke about that, and no one knows where to look when Cersei brings up Jamie. And we get a bad joke about all the kings popping up these days, and no one gives a shit about the commander of the night’s watch getting attacked by a zombie.

And we’re off to beyond the wall for a fart joke that bombs. We do get the best laugh of the night, watching the boys ogle Craster’s daughters in their bag lady winter gear. And the second best laugh is Sam telling a wolf the size of a pony to shoo, and being called brave for it. And Sam is an idiot and John is a dick, and we are supposed to care what happens to Craster’s sons.

Next we check in with the Lost Khalasar, which gives us the title reference, the only corpse in the episode, and Dany doing what she can with no plot action beyond being slightly more screwed than last week.

Odious Theon is returning to his childhood home on CGIsland, which we celebrate with the first gratuitous nudity and Theon bragging his way through some really rough teenage sex.

And then more sex, and more sex, and OK we’re at Littlefinger’s brothel and Roz has PTSD issues from watching last week’s baby knifing. And we get a soliloquy from Littlefinger reminding us that he is a vicious piece-of-shit pimp in his very soul.

And across town we see Tyrion actually making a good decision and acting on it, which puts him one up on the last hand.

Back to Arya for a reminder that her traveling companions are mostly idiots and Gendry is pretty bright for being King Robert’s son.

And back to Crappy Island, where it should really be much more enjoyable to watch Theon get so thoroughly punked, owned, and dismissed. But Theon’s dad is an overbearing asshole, and the interaction with his sister is weirdly underplayed. And Theon is too unpleasant to feel sorry for, so there really isn’t any emotional result.

And weird, talky negotiations with some pirate jabbering about fucking the queen, and Davos joins the Whose Family is the Most Fucked Up? competition, with the introduction of his jumpy kid.

Aaaaaaand Cersei and Tyrion and the truth about last week’s citywide slaughter of the innocents. Tyrion makes some good points and another terrible joke, and Cersei counters with a tortured metaphor and a low fucking blow.

And Melisandre seduces Stannis in two minutes flat, and John Snow does something in the dead of dark that I’ve watched three times and can’t figure out. Next week I’m watching in HD. If Craster feeds his baby boys to the smoke monster from LOST, I’m watching through the bottom of a whisky glass.

I am irritated by this ep, and I’m struggling with why. Okay, there’s a bunch of stuff that doesn’t make sense if you haven’t read the book, and yet they diverge from the book so much that it’s jarring to have to mentally refer back to it. That’s annoying, but there’s going to be a lot of it by necessity because there’s a lot of book to be broken down into one-hour chunks.

There’s also the relentless family squabbling, but that’s the whole plot. And there’s Tyrion’s awkwardness in his new role, which is reasonable but not any fucking fun. Maybe it’s the lack of mayhem: This may be the lowest body count of the series, and the only one handing out any sort of violence was Arya.

I’m going to say the problem is the whole episode is underwritten. Tyrion has some terrible lines, and he delivers them as if he knows. The closest thing to repartee is Gendry and Arya. With any luck this is just a hiccup, and the next scene with Varys & Tyrion will be solid gold.

Good points of this ep: No Joffrey, who can disappear for another week if he likes. Also, totally unexpected naked Melisandre. 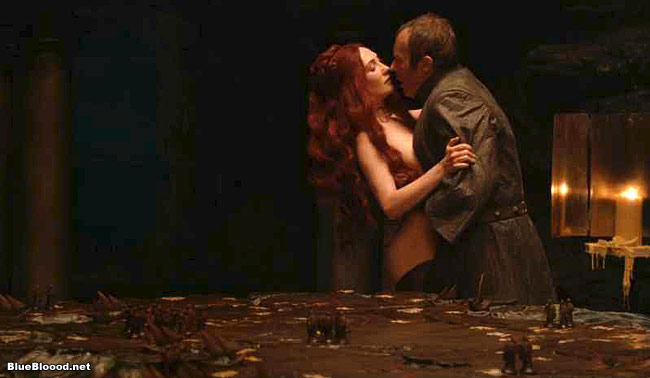 Posted by Will Judy on April 8, 2012. Filed under Headline, Popcorn, Sex. You can follow any responses to this entry through the RSS 2.0. You can leave a response or trackback to this entry
Tags: arya, cersei, game of thrones, gendry, hbo, joffrey, melisandre, petyr carcetti, shae, theon, tyrion, varys