Game of Thrones, Episode 205: The Ghost of Harrenhal, or No Tits and No Joffrey

Our latest episode of Game of Thrones begins with an oath sworn, an oath promised, and all looks good. Renly gets his blithe on, offers Cat everything on a plate, pops off his armor, and everything goes to shit in minutes. 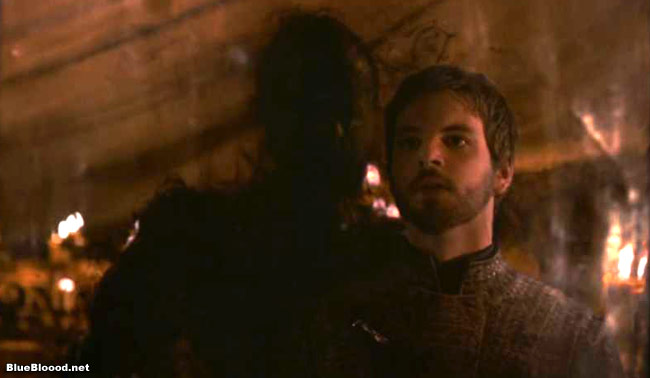 You’ve got to give credit: those three mooks who charged Brienne in her grief were half her size before she hacked them to bits.

And it’s a shitty morning with the Tyrells. Renly looks smug in death, his crown resting on his shaven chest like a rat bucket.

What do you desire most in this world? asks Littlefinger, giving us our theme for the ep. (The obvious theme is you can’t get what you want if you’re too dead, which we’ve heard twice in five minutes, but that’s incidental.) And Lord Petyr Utter Lack of Whimsy gets an appraising look from Queen Marge. THE Queen. Oh dear.

The news travels to King’s Landing and we get a recap courtesy of Cersei and Tyrion bickering. And trading grammatical pedantries. This is Big Bang Theory level banter, and I do not much care for it. I’m going to assume this is being put in to remind us how annoying pedantry is, and to discourage us as an audience from engaging in such things while we enjoy the complete and utter lack of nudity in this ep.

We get yet another oath sworn, as Tyrion lazily grills Lancel about Joffrey’s latest horrible, psychotic idea. Tormenting Lancel: Dull for all of us at this point.

Stannis is a graceless, unsmiling stiff and doesn’t give a shit about alienating his oldest allies. Well, that’s settled.

And we take a quick turn through Life of Brian, where some dope in a pile of curtains is preaching fire & brimstone and Demon Monkeys, which amuses Tyrion until Bronn fills him in. Beats “Imp”.

Everybody still hates Theon. But he does appear to be learning the rules for making it on Asshole Island.

Tywin Lannister is a horrible boss, but at least he’s smart. This is war; no one is content. ‘Arry as a hard eye for him, which amuses him. Scares me.

And another oath is given, from the fey bass player from that grunge band that had that one hit. ‘Arry gets three hits, no more, no less. And she gets a hard question and a hard truth, it being her turn. 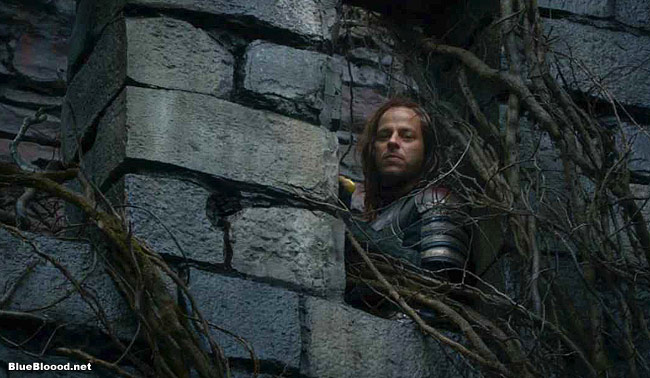 And a quick stop in CGIceland, where we get to see the Black Campers camp, of all things. High atop the Fist of the First Men, where they will meet The Halfhand. Who blows once. Oh, fuck this.

Wildfire is not pigshit, thank you very much. By the description it’s somewhere between white phosphorus and napalm, and Bronn is talking pure sense in calling it the worst idea for battlement defense imaginable. And we get the dullest CGI reveal ever (My God! It’s full of dusty pots!), and Tyrion goes right the fuck ahead and joins the Wildfire Club.

Qarth remains an ep of latter-day Star Trek. Dany talks clothes and garden party manners, pimps her handmaidens, gets tripped out by aliens/warlocks/guild navigators. I’m intrigued by the mysterious lady in the art nouveaux bondage mask, but I would be. 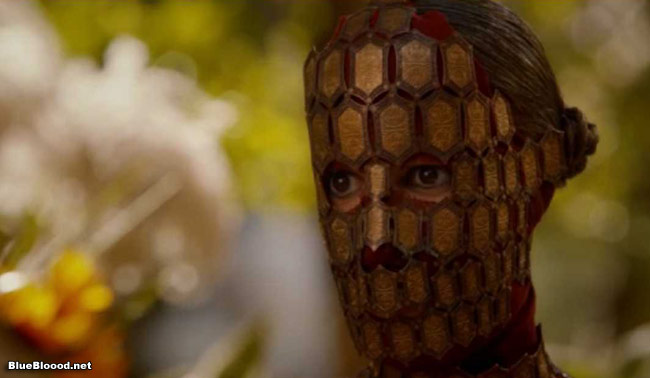 Brienne & Cat talk about Melisandre’s homicidal fart, and more oaths are sworn. Back at Winterfell, it’s bring your resentful kid brother to work day, and since no one has an iPad to loan Rickon he’s wrecking the table finish. Bran is getting into the swing of administrative work, and falling for Theon’s feint. And Tonks is no fucking help.

John Snowbastard is going to range. Good fellow. If I was going to sneak off in the snow to slit some throats, I wouldn’t wear head to toe black, but I never dropped a white walker.

And since we’re asking hard questions and handing out hard truths, Xaro gets down to it with Dany and the fact that her ambitions and goals make no fucking sense in the light of day. Which has her in good company, really. Breaking it down:

1. Robb is going to lead an army to King’s Landing and commit regicide, leaving most of Westeros in anarchy. Then he will go on home and be king of the bits no one wants anyway. This will kill thousands upon thousands and everyone who hates the Stark name will hate it longer and harder.

2. Stannis wants to be king because it’s his right, sort of. He’s committed to a holy war of convenience and he’s allied with a woman too powerful to ever cross.

3. Renly wanted to be king because it looked like fun or something and it annoyed Stannis. We’ll miss you, you pretty stupid man.

4. Marge Tyrell wants to be Queen of All because she’s the prettiest. Fair point, but not much of a mandate to govern.

5. The Lannisters are actually the least crazy here, because they don’t have any sort of bizarre rationale for their agenda. They are rich as fuck and intend to be running things. There’s nothing noble or charming about that, but it isn’t pure nonsense.

Jorah Mormont has at least thought out his rationale for wanting Dany in power, since he thinks she’s Galadriel. He’s in love with her and nuts, but he’s got his story straight.

What was the point here? Oaths are sworn, loyalties are challenged, hard questions are asked, hard truths told. And everyone shakes it off and goes right on with what they were doing. Here’s your hard truth: You can’t quit, you can’t get even, and you can’t get out of the Game of Thrones. And if you haven’t spotted the sucker at the table in the first five eps, it’s you. 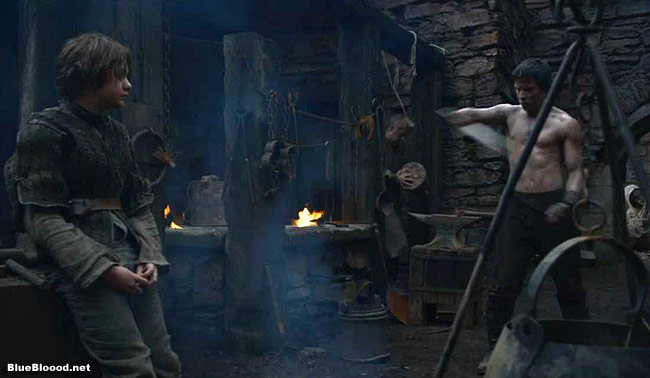