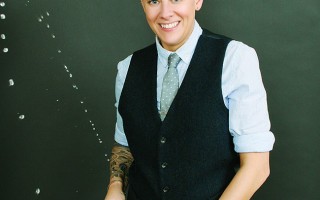 
We want to congratulate Stephanie Berman on finally being awarded a utility patent for the technology behind her innovative Semenette® technology. During the new and exciting SHE Sexual Health Expo, where Stephanie was a guest speaker, Amelia G and I got together with her to shoot some fun pictures of her latest Berman Innovations product, […]

What Sorts of Games do you Play


Different platforms lend themselves to different sorts of games and it’s interesting to me that the games I like on my phone tend to be different from what I enjoy on an iPad or on my computer. Obviously, the former tend to lean towards graphical puzzle games like Soda Crush, but on my actual computer […]


Marilyn Manson just release his latest video Slo-Mo-Tion off Born Villain, and although it’s certainly no Floria Sigismondi, it does manage to be stylish and convey a certain debaucherous and empty mood. The video as a whole really reminds me of parties I don’t go to anymore, I mean there is only so many times […]

- by Forrest Black in Music, Video


Our friends Ego Likeness have just released a really beautifully creepy new video for ‘Treacherous Thing’ that is worth checking out. Kyle Cassidy captured a lot of the essence and mood of Ego Likeness that I enjoy so much. Donna Lynch looks and sounds fantastic and I don’t think I’ve ever seen Steven Archer sit […]


Billy Corgan just gave a really interesting interview on Alex Jones’ Infowars show where he talked about the dissonance some people are experiencing as they face the societal illusions being propagated by current Government entities and mainstream media, versus their own intuitive interpretation of the world they live in. His new album is titled Oceania, […]


I’ve been listening to the brand new full length release from Ilima Considine’s electronic project The Sexbots and really enjoying it a lot. It’s sort of catchy unpop kawaii nerdcore that makes a real personal connection with the listener. The breathlessly sweet Lolita vocals drip with an aching yearnfully lusty tone that can at times […]