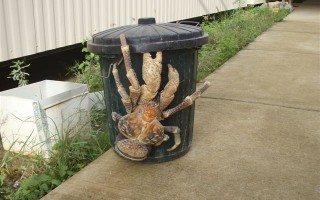 
Recently, while traipsing around the web with malice in my heart, I stumbled across a biological weapon of righteous vengeance.  Something that struck fear in the deepest darkest recesses of  my consciousness…a veritable doomsday device that is both terrible and awesome to behold;  Super Crabs. (This product is apparently real. Someone please order this and […]

Pedobear to Kick Off Presidential Run at March to Keep Fear Alive!


My fellow Americans, for too long we have toiled under the oppressive paw of a government that has spiraled out of control in terms of spending, military intervention, and passing laws that circumvent our God-given right not to have to introduce ourselves door-to-door whenever we move into a new neighborhood. To that end, I am […]