Tonight, Dita Von Teese is gracing CBS with her lovely self on CSI: Crime Scene investigation. She plays the love interest for Eric Szmanda’s character Greg Sanders. The episode is called A Kiss Before Frying and makes good use of Dita’s retro charms, with a combination of sexy burlesque performance interludes and riffs on classic movies like Casablanca and A Kiss Before Dying. Electrocution and Dita splashing around in a giant cocktail glass, what more could you want? Kudos to the writers on this one, credited on IMDB as creators Ann Donahue and Anthony E. Zuiker and staff writer Richard J. Lewis, but I think the credits at the start of the show said Evan Dunsky. Television is sometimes collaborative, so it’s hard to tell, but good work. 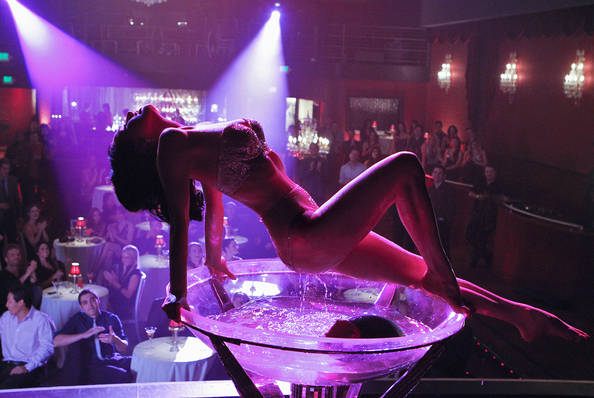