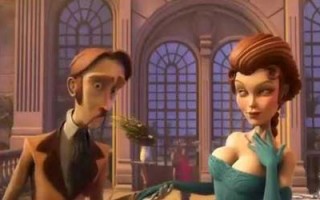 
A Gentleman’s Duel is an animation from Blur Studios. It was featured on Wowtion, a now-defunct animation zine, some time back, but has been a bit viral lately. Steampunk transformers and boobies. And the dismissive insult of telling someone offering champagne to the object of one’s affections that alcohol is the French recipe for romance. […]