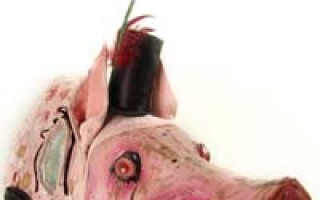 
Clint Catalyst has written for BlueBlood.net, Gothic.net, Permission, America’s Next Top Model, and a generally surreal assortment of publications. Manic D Press published a collection of his fiction called Cottonmouth Kisses. In partnership with Michelle Tea, he also edited the critically-acclaimed Chills, Pills, Thrills, and Heartache, which featured a fiction piece by yours truly. Clint […]

Everybody Likes Cupcakes and Ass


In this original Blue Blood interview, Forrest Black and Rachel Kramer Bussel have just eaten a whole lot of delicious cupcakes. Forrest Black interviews the writer/editor about her Cupcakes Take the Cake blog. They also discuss her naughty themed anthologies which include Spanked: Red-Cheeked Erotica. Writer/editor Clint Catalyst has a cameo appearance. And I helped […]