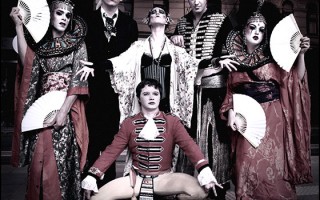 
Why, yes, I have been looking through all the varied cool creative projects on Kickstarter recently. I’m excited that the Kickstarter business model is facilitating the sharing of so much art. My fellow Wesleyan alum Amanda Palmer is currently in the middle of a ridiculously successful Kickstarter project. At this writing, Amanda Palmer: The new […]


Special thanks to the Onion News Network for keeping us all appraised of this important issue.