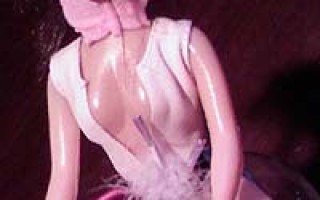 
Although I spent actual NYE contemplating my goals for 2009 and feeling pretty good for a change about how well I did on my 2008 resolutions, I did go to champagne brunch this morning. I haven’t quite determined all my primary goals for the New Year, but Blue Blood just turned Sweet 16, so we’re […]


If I were in Portland for NYE, I can guarantee that I would be at Darklady’s Empire of Pleasure New Year’s Eve. If you’ve ever read the words in an adult publication, you are most likely familiar with Darklady’s work. She is a successful prolific journalist and sexpert and knows so much about so many […]