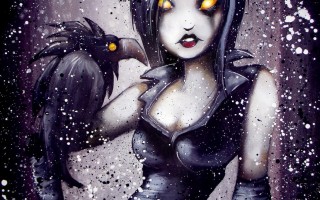 
Hey there, everyone, the Blue Blood elves have been working around the clock these past few months to bring you all sorts of cool new stuff. I thought it would be an awesome idea to go to grad school, while working full time. Turns out it is very challenging. Who knew? (Besides anyone who thought […]


Happy Halloween, everyone! Razor Candi and photographer Bodó Janos Attila did Halloween up nicely for the Blue Blood VIP this year. VIP members get to enjoy the whole shoot, but we also have a free deathrock Halloween photo gallery right here.