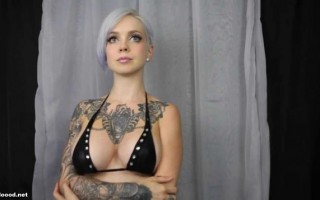 
I was super psyched to see notable writer Gram Ponante join the Blue Blood forums this week. His writing cracks me up. I was also super psyched by his recent press mention of Blue Blood where, among other things, he said: “Part of the 1300th photoset hosted on pioneering punk erotica site Blue Blood.com, the […]