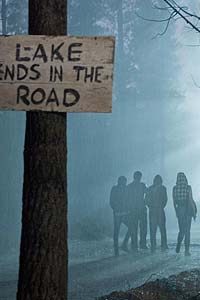 Nonetheless, in the original Last House on the Left, most of the forced boy/girl sex and forced girl/girl sex and watersports all got left on the cutting room floor and the violence stayed in. The violence was still shocking to theatrical audiences at the time and reviewers tended to express . . . well, horror. Last House on the Left features horrible chainsaw brutality before Scarface or Texas Chainsaw Massacre.

Here is how you know Wes Craven is an original creative mind: He acknowledges his influences. He looked to Ulla Isaksson’s script for Ingmar Bergman’s Jungfrukällan or Virgin Spring for the plotline for Last House on the Left. And Wes Craven is a strong enough and secure enough creative person that he can say where he got the idea without diminishing himself.

Living in Hollywood and working on the internet, I am often exposed to people who try to come up with tricks for success. These tricks are the creative person’s version of get-rich-quick schemes and just as likely to fail. Some of these desperate tricksters come up with all these little rules about how the best way to succeed is to get inspiration from someone more innovative and deny where the inspiration comes from. Which is right up there with the notion that anyone who has ever done anything for mature audiences must be somehow crossing over and rising up if they do anything for a different distribution channel or that doing anything adult means one must be consigned to exclusively producing adult material.

Wes Craven’s oevre ably demonstrates the only two unmalleable requirements for creative success: Be really good at what you do and work at it.