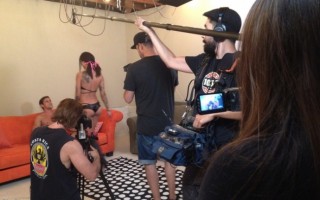 
Dating on Set is a comedy project from Laura D and her partner in crime Josh Accardo. You can see the first season in the episodes below. I think ep 5 is the most laugh out loud funny. If they just keep getting better, I have good news because they are doing a Kickstarter to […]


True confession: I own more than one swords and sorcery-inspired outfit of nonfunctional teeny armor. Ideally, I’d like to see a Jason Momoa skin flick. Oh wait, I already did, and it was ridiculously awesome and called Game of Thrones. But I digress. An Arnold Schwarzenegger adult film would be a-ok with me too. Doesn’t […]