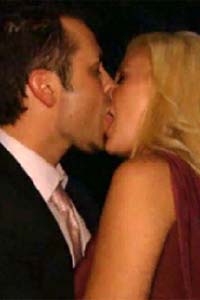 Is it likely that a bleach blonde with fake tits who worked for Playboy appeared in a Playboy pictorial? Is it likely that a millionaire reality show contestant would murder his bleach blonde girlfriend and think he was going to get away with it by chopping off all her fingers and pulling out all her teeth but not removing her serial numbered breast implants? Is it likely that, if someone were so horribly cruelly disfigured, either just prior to being murdered or post-mortem to incompetently prevent identification, that TMZ would buy a death photo from someone in the coroner’s office and post it on the internet? Well, the only part of the the Jasmine-Fiore-murder-followed-by-death-photo story being reported which is not true is that the victim posed for Playboy. Full disclosure: Jasmine Fiore may have had a bit part in the horror movie The Abandoned which was an advertiser on this site and others I work on, but I’m pretty sure that doesn’t bias me on this. I’m pretty sure I would find this story simultaneously ghoulishly hilarious and horrifically tragic regardless.

One Ryan Alexander Jenkins was indeed thwarted when one Jasmine Fiore was identified by the serial number on her breast implants. Apparently Ryan Alexander Jenkins recently finished taping on VH1’s I Love Money 3. I don’t really know what that show is about and I can’t imagine the prize dollars are anything significant to anyone already a millionaire, but I can’t quite bring myself to look it up either. Gawker’s Jezebel reports that, since Ryan Alexander Jenkins became a person of interest in the murder of Jasmine Fiore, VH1 has pulled all mention of the Megan Wants a Millionaire show he was a finalist on. Jezebel further reports that the murder suspect may have actually won the grand prize on I Love Money 3. Jezebel goes on to commend VH1 for their sensitivity in removing the MWAM content from the VH1 web site (juicy bits helpfully archived by Jezebel.)

I have also never seen Megan Wants a Millionaire, which was apparently canceled fairly early in its run. A while back I covered the Charm School reunion show where Sharon Osbourne and this Megan Hauserman ditzy blonde self-professed gold-digger got into a cat fight, although I admit I’ve never seen Charm School and only watched the cat fight vid on the VH1 web site when it became a hot topic.

At that time, Megan’s claim to fame was that Poison frontman/insecure meanie/embarrassment-to-aging-rockers-everywhere Bret Michaels rejected her on Rock of Love. Is being rejected by a guy who was okay-looking in 1986 really a resume item? Apparently so, as Megan Hauserman was given her own show Megan Wants a Millionaire. The Superficial reports, “You know what the most fucked up part of this story is? There’s a reality show where millionaires compete for the love of a self-proclaimed gold-digger with fake breasts. That’s the saddest thing I’ve heard all day.”

It seems that, immediately after being rejected by Megan Hauserman on camera for VH1 in March, Ryan Alexander Jenkins went to Vegas and married his girlfriend of some time Jasmine Fiore. Wouldn’t you be pissed if your significant other went on television to humiliate themselves pursuing someone who is not you? Certainly would not spell wedding bells to me. According to Jasmine Fiore’s understandably bereaved and distraught mother Lisa Lepore, Jasmine Fiore had the marriage annulled in May, but law enforcement can find no record of this. One Robert Hasman got a series of text messages from his ex-girlfriend Jasmine Fiore over the two days before her death. Then he got just one cryptic message, well after her estimated time of death, which just read “suck it“. In other post-mortem commentary news, What Would Tyler Durden Do reports, “Jasmines roommate says their relationship was “on the rocks”. She also said that Jenkins told her he was “done with the relationship” and that “he couldn’t take it anymore”. This was one day after Jasmine was found in a dumpster . . . She’s not very attractive, but that doesn’t mean it’s okay to kill her. Legally, I mean.”

Ryan Alexander Jenkins is Canadian and is believed to have fled to Canada, although his father, a wealthy architect, developed a resort on an island in Honduras and owns at least one plane. The Huffington Post reports that Canada has agreed to extradite Ryan Alexander Jenkins if he is apprehended in Canada because the State of California has promised not to pursue the death penalty in this potentially capital crime.

Judging from video of Ryan Alexander Jenkins singing “I love my wife” to Jasmine Fiore in Vegas which he posted to his MySpace page (and TMZ helpfully archived), Jasmine Fiore was brunette at the time of her death. So bleached blonde and naked for Playboy = false. All the ridiculous stuff (including VH1 choosing not to profit from tragedy) = totally true.

Posted by Amelia G on August 23, 2009. Filed under Blue Blood. You can follow any responses to this entry through the RSS 2.0. You can leave a response or trackback to this entry
Tags: california, jasmine fiore, jasmine fiore death photo, megan-hauserman, murder, myspace, naked, playboy, rejected, ryan alexander jenkins, sharon-osbourne, television, tmz, vegas, vh1