I saw Steve Archer from Ego Likeness play his first show. The band was called Basement, as I recall. A bunch of us headed into this even-sketchier-than-usual area of DC, near where the Apocalypse Theatre folks lived, to go to this teensy club. Afterwards, I had a big debate with various folks at my punk rock group house because some of them felt Steve should have waited on playing out until he was at least as good as say early disco Ministry. Steve Archer was already an accomplished painter (and BLT contributor) at the time and I thought it was kickass that he was embarking on actually making even more of his creativity turn into something. And, of course, he kept at it.

With Ego Likeness, Steve Archer and Donna Lynch have created music that has been enjoyed by people all over the world. They are currently running a Kickstarter to re-release their Dragonfly album. I think it is cool that, as their Kickstarter project first succeeded and then met additional goals, they added stickers and posters to what their supporters will receive when the project is complete. There is still time to check out the Ego Likeness Dragonfly Kickstarter.

Some of the success of this Ego Likeness Kickstarter project has to be due to Donna and Steve’s relentless touring. A while back, Steve Archer contributed an article with generous advice for touring bands: Ego Likeness Tips for Band Booking. I recommend all aspiring musicians read it. 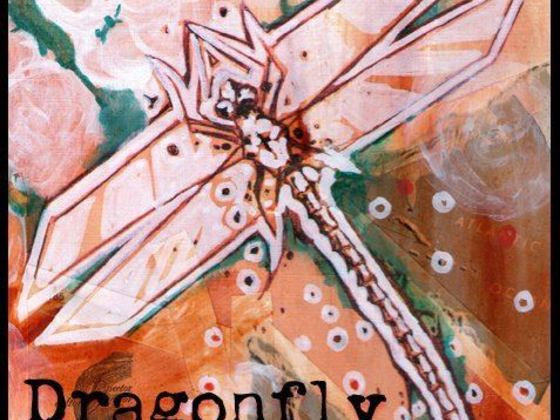 **Since I can’t update the text for the rewards after the fact, I will say this here.
In addition to our currently mentioned rewards, because we have gone over our goal, everyone will also be receiving new sticker packs! And if we break $4000, everyone who pledges will get new 18×24 posters!

Also, anyone who pledges will get a 24 hour lead on ordering our upcoming limited edition EP, “East.”

You guys are amazing, thank you!
-Steven/Donna

It’s been over 10 years since we released our first album Dragonfly. It is a favorite of ours and is something after all these years we are very proud of. This has been out of print and un-available in physical form for several years now. It’s time to bring it back.

*Recorded in 2000 just after final production for Dragonfly was finished.

Posted by Amelia G on May 20, 2012. Filed under Headline, Music. You can follow any responses to this entry through the RSS 2.0. You can leave a response or trackback to this entry
Tags: blt, dc, Donna Lynch, ego-likeness, kickstarter, Steve Archer, washington