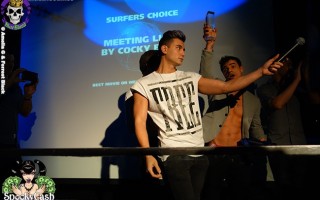 
Anna Evans pointed out that Depeche Mode has a video out for Wrong, the first single off their new album Sounds Of The Universe. They debuted the song at, I think, this year’s Echo music awards in Berlin, Germany. The Echo awards are given out each year based on the preceding year’s sales for both […]