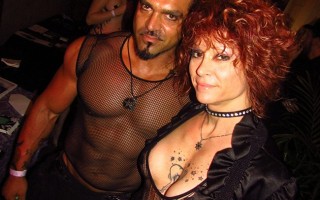 
On my birthday, two days ago, Anders Manga released X’s & The Eyes, his fifth studio album on Vampture Records. The first single “There Will Be Blood” is doing well on the European charts already. I swear I am moving back to Europe one of these days, just for the music. In the United States-based […]