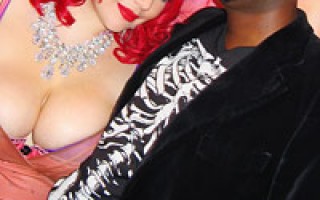 Sit there and say my hair ain’t luxurious, when you know that it is, bitch.


I have a new guru. I just watched the Katt Williams Pimp Chronicles Pt. 1 on HBO. Well, specifically on my TiVo of an earlier HBO broadcast. Anyway, I have this impediment to increasing my personal success as briskly as my work ethic should guarantee. Specifically, every time my accomplishments start coming really fast and […]