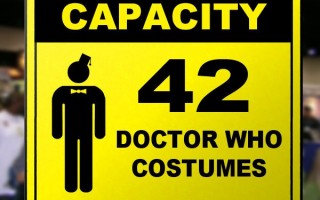 If Comic Conventions Had Warning Signs


Justin Page at Laughing Squid alerted me to the vital con signage supplied by Susanna Wolff and Caldwell Tanner over at College Humor.