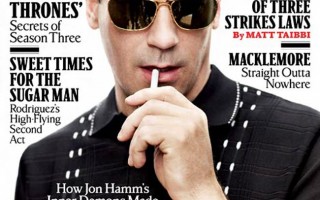 
Today is Groundhog Day and apparently the current famous groundhog Punxsutawney Phil saw his shadow. So that means six more weeks of winter. As I’m in Los Angeles, that means that Hollywood will have more 62 degree days. Angelenos will tell you that it is 72 degrees Fahrenheit year round here and that just is […]

Will you be a bigger star this year?


I live in Los Angeles, so it is probably no surprise that a lot of people I know are making resolutions to either become stars or achieve bigger stardom. It doesn’t seem like it is much fun to be famous in 2008 though. Entertainment Weekly’s entire year in review issue was all about how much […]