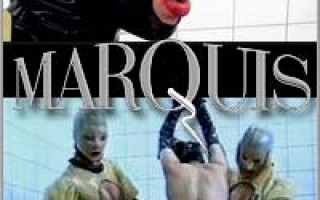 
I just came across an interesting interview with everybody’s favorite Blue Blood loudmouth hottie Jax on Drowning in Odium. They kick it off saying, “Jax is a beautiful punk rock fetish model. She’s probably most famous for her work with BlueBlood, but she has worked with other people too. She has a very unique look […]

Jack Daniels On Ice with Combichrist

- by Kellie in Blue Blood


Andy Laplegua is a busy man. In the past year alone he has released three full length albums. Icon of Coil, his most popular band in the US, did Machines Are Us, Combichrist, a noisier EBM project, did The Joy of Guns, and Panzer AG did This Is My Battlefield, a darker, more goth/industrial album. […]