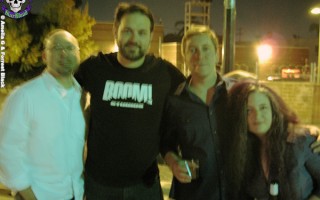 
Please check out my pal sexy Evelyne Bennu talking about the benefits of good food. The video is only twenty-three seconds and well worth the time. Thanks, everyone. How do you feel about organic food and products?


Universal’s Accepted Keg Party Photo Gallery Estimated opening weekend gross for Accepted is around $10 million, which is hunky-dorey for a movie with a production budget of only around $23 million. I don’t know what percentage of those movie-goers also attended Comic Con or talked to someone who did, but Accepted did the most brilliant […]