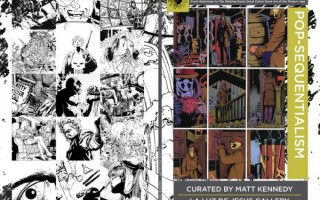 
I met the talented Kristin Tercek through Ed Mironiuk who has been doing artwork for Blue Blood projects since 1995 or 1996. But Kristin wouldn’t need nepotism to be covered here because I love love love her Cuddly Rigor Mortis doll collection. Kristin is also an accomplished illustrator and completely self-taught. She explains her fairly […]