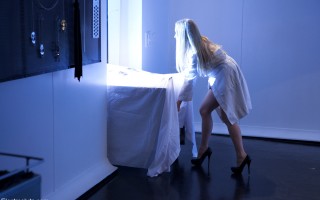 
There comes a point in the press outreach for any successful brand where you start brainstorming how to get coverage in unexpected places. Basically, at first, you want to be recognized by those who are directly in your niche. But what do you do when you are as successful as the Kink folks who produce […]


I tend to read The Economist whenever I fly. It is usually available in airports and I find its coverage of pretty much everything that matters, with a particular focus on the economic impact of current events, to be thorough, interesting, and intelligent. The Economist recently held a summit in Berkeley, at the Haas School […]


Season 6 of Ultimate Surrender just started, hot on the heels of this month’s Summer Vengeance Championship bout between ex-Marine Dia Zerva and sexy tattooed Syd Blakovich aka The Hungarian Nightmare. I guess I should back up a bit and explain what exactly Ultimate Surrender is. Ultimate Surrender bills itself as a “competitive sexual female […]