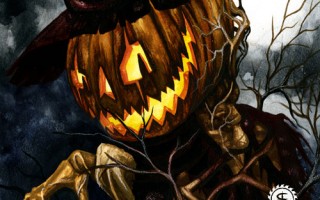 - by Amelia G in Art, Personalities


The very talented Chad Savage has done artwork for various Blue Blood projects over the years. He is a master of Halloween projects in specific. This month, he is offering a limited edition art print of Never Bury a Corpse in a Pumpkin Patch. Even if you can’t go shopping for jack o’lantern finery in […]

Want to pull a heist with me?


I wonder if Los Angeles has more unqualified people attempt heists than the average city. I just came in from my balcony. It is too dark tonight to see the Hollywood sign clearly. Or maybe it is too bright and the sign is overwhelmed by the nearly full moon and the holiday decorations visible on […]


Dana Dark is one of Blue Blood’s online OGs. It was after staying at her beautifully-appointed home in Houston for a week that Blue Blood launched its first membership site. Dana creates beauty and warmth in every little nook and cranny of her home. Like, if there is some tiny square of wall in the […]