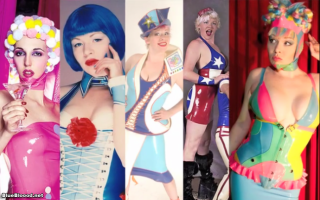 
This coming Sunday, October 9, participants of the Burning Man festival will be “decompressing” on the streets of San Francisco. It’s the 12th annual Decompression “Heat the Street Faire,” celebrating 25 years of Burning Man. The event features 12 hours of performances, fire, dance, live music, DJs, art, imagery from Burning Man 2011 and, of […]


You all will be pleased to see that Blue Blood hottie and Community member Halcyon Pink’s HugNation project is getting great props as he tours the country. The basic concept is that every Tuesday at 1pm Pacific time, you should hug who you are with or hug yourself. This could get dicey depending on where […]