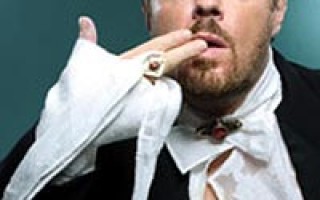 
Eddie Izzard says that G-d doesn’t love Los Angeles. Then again, he also says that he just performed in Las Vegas and Phoenix and those folks would find Hell a mild summer day. From a temperature perspective anyway. Apparently Phoenix gets jokes about squids and ink faster or possibly it is just easier to get […]