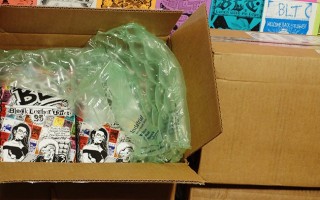 
The new video for Die Antwoord’s song “Fatty Boom Boom” off their recent albumn, Ten$ion came out this week. We all knew what to expect from their previous videos, but I don’t think any of us were prepared for this. It’s impossible for me to break down this video, there are far too many cultural […]

Is it getting hot in here?


So right now FUSE is playing a block of Nelly videos. I find Nelly ridiculously hot. Hot like sexy, not hot like kindling. I’m not even sure if I like his music, but I certainly enjoy his videos. They’ve got productions values! (Bonus cool points to anyone who gets the movie reference there.) So I […]