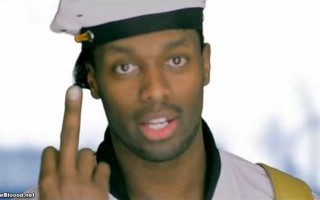 
Okay, so you are probably asking yourself why in the world I would even be aware of a YouTube video with literally 3 views. See, my brother hasn’t decided what country he lives in. And this dude Rod Benson kind of lives in Korea where he (I am not making this up) plays basketball in […]


I’m not feeling the video part of this as much as the one the same director, Brian Cox, did for the Dead Girls Corp cover of Walking in LA by Missing Persons. But, hey, how many directors can say they have put real cocaine and razor self-mutilation on YouTube? So, bonus points for that. Remix […]

Why is Fred the most popular boy in internet video?


This week internet superstar Fred got a last name, Figglehorn, to go with his new web site FredFigglehorn.com. So the video above by Fred here has been viewed nearly ten million times on YouTube. According to sites which rank video views, each of the Fred videos have been viewed many many more times than that, […]


In the forthcoming Mirrors movie, Kiefer Sutherland plays Ben Carson. Ben Carson is a burned out ex-cop with a drinking problem, forcibly retired over a bad shooting, and alienating his family with his rage. I guess Alexandre Aja, the writer/director of The Hills Have Eyes, is, like me, a 24 fan too. Kiefer Sutherland is […]