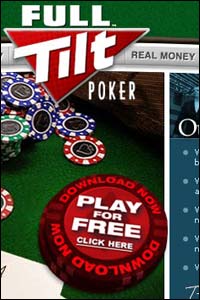 So apparently the great state of Kentucky wants to get into the gambling biz. Times are tough all over and I totally understand being open to new opportunities in these difficult economic times. Adult trade journal XBiz reported yesteray that Kentucky “Gov. Beshear was elected on a platform that included bringing gambling to the state.” Okay, so far, no problem, right.

Well, Kentucky filed suit to seize 141 gambling domains, including, according to The Washington Post, some very active huge money-making concerns such as UltimateBet.com and FullTiltPoker.com. Kentucky Judge Thomas Wingate is presiding over this legal fiasco. Registrars eNom and GoDaddy have apparently complied with Kentucky’s request and handed over those gambling casino domains registered with them. Most other US-based registrars are bizarrely expected to follow, although, as a domain-consumer, I’m certainly noting which registrars roll over first and easiest on this.

Now I understand that some people feel gambling is immoral and they believe in legislating morality. If Kentucky totally outlawed gambling and had technology initiatives to block gambling sites from being viewed in Kentucky, I would think that was their right. I would also think it was the right of their residents to pick up and move to some place more pleasant like California. It is, however, legal for residents of Kentucky to gamble online with real money. In fact, although U.S. banks have been legally barred from processing online gambling payments for a couple years now, Washington state is the only one which made it illegal for residents to place online bets for actual cash money. Basically, the law would be akin to making it 100% legal to buy drugs and 100% illegal to sell them. The results, naturally, are that a lot of American gamblers will renege on their online gambling debts because online casinos have no legal recourse. The results are also that many overseas banks benefited from this law when they got all the U.S. gambling business. But I guess banks in the United States are doing fine and certainly don’t need any more major customers with phat accounts. Those super rich online casinos can just take their money out of the U.S. economy because we sure don’t need any of it circulating on our shores.

The really sleazy thing about this whole circus is that Kentucky does not outlaw gambling. Kentucky just wants to get into the gambling business at home, without having to worry about competition from established gambling concerns such as online casinos. I’m appalled that they were able to find a judge who thought it was reasonable for a new business to randomly seize the assets of multiple existing ones.

When I was in high school and my mother was stationed in Israel, I dated a guy from Kentucky. Before his stepdad was transferred to the Holy Land, he had thought Jews had horns. Not in a bigoted way, he just literally believed that, having grown up in Kentucky. So, if Kentucky wants to legislate to its own special beliefs, they can just keep those laws within their own borders and we are all good. But they really need to not overstep. The reason we have individual states is partly to allow those with differing views to live the way they wish, while being part of the greater United States of America.

At this point, I vote that we make Puerto Rico a state and kick Kentucky the heck out. This way we won’t have to change the flag.

Posted by Amelia G on October 28, 2008. Filed under Blue Blood. You can follow any responses to this entry through the RSS 2.0. You can leave a response or trackback to this entry
Tags: bank, california, casinos, domains, fulltiltpoker, gambling, kentucky, online, registrars, technology, trial, ultimatebet, washington-post, xbiz