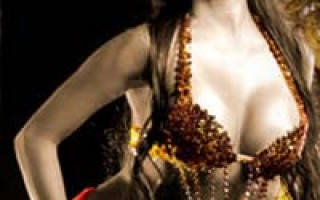 
A few years back, a number of members of Blue Blood sites started writing in to say someone was making dolls of various Blue Blood hotties. As I recall, Mistress Domiana and Fetus de Milo were two where there were specific dolls folks felt were based on photos Forrest Black and I had shot of […]


Tim Faulker at ValleyWag summed up the Hans Reiser trial best, saying, “There’s nothing funny about a murder trial. Unless there is.” It has been a while since we did any sex trial coverage at Blue Blood, so I guess we’re due. So here is the set-up. Hans Reiser is a well-known but unpopular Linux […]

Dancing Toddler and the Future of Art in America


The biggest problem with the astroturfing style of marketing is that it makes everyone very skeptical of everything; it makes it very difficult to believe in anything. If a star willingly gets naked on camera, there will be some puritanical types who will think ill of them for it. Yet most people who enjoy being […]


I’d like to take a moment out from my busy schedule of rolling around on the floor laughing at the recent obscenity prosecutions in the United States, in order to comment on them. Veteran adult video performer and producer Max Hardcore was just found guilty of obscenity in Florida. For those who are unaware of […]