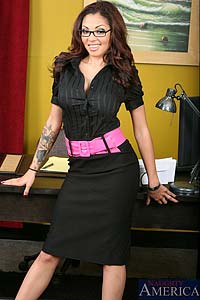 The nice people at APN remind me that it is Administrative Professionals Week. I used to thik that there was just Secretary’s Day on like the second or third Wednesday of April or something like that. Turns out that there is a whole week dedicated to the concept. I love all sorts of thematic celebrations, but my family doesn’t really do holidays and special occasions, so all holidays strike me as interesting more from an academic social anthropology perspective that, ya know, as a traditional participant. It is not terribly difficult, however, to entice me to attend or otherwise celebrate any themed event at least once.

Over time, the IAAP has pushed for the term Administrative Professional to be used over the term secretary. The idea behind this evolution of language is that the changing and expanding role of support staff should be reflected in the terminology. The original secretary title, however, meant literally keep of the secrets and referred to the sort of person a king could trust with uber-important information. Sovereigns truly need trusted keepers of secrets. I think that by this time next year, we should work to transition the name of this celebration to Keepers of Secrets Week.

Posted by Amelia G on April 23, 2009. Filed under Blue Blood. You can follow any responses to this entry through the RSS 2.0. You can leave a response or trackback to this entry
Tags: administrative professionals week, adrenalynn, advertising, celebration, celebrations, Harry F. Klemfuss, holiday, keeper of secrets, king, kings, rubicam, Secretaries, secrets, young