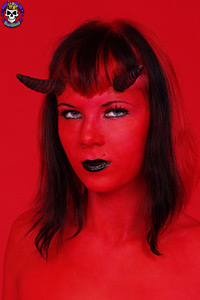 Blasphemy Day is a new internet-spawned holiday like Talk Like a Pirate Day or CAPS LOCK DAY. I’m not surprised that more people added typing like a pirate to their holiday calendars than typing in all capital letters, but I would have thought more people would have gotten into Blasphemy Day.

Blasphemy Day is set for September 30, as a tip of the hat to the riots caused when a Danish newspaper ran a cartoon of the Islamic prophet Muhammad. According to the anonymously-run Blasphemy Day web site, “International Blasphemy Day is not just a day. It is a movement to dismantle the wall which exists between religion and criticism . . . The objective of International Blasphemy Day is to open up all religious beliefs to the same level of free inquiry, discussion and criticism to which all other areas of academic interest are subjected.” Noble aspiration, although I’m not sure a mean-spirited cartoon really advances human knowledge. Slaying sacred cows can be humorous (Heck, even the existence of the idiomatic expression sacred cow is pretty funny), but I have yet to hear anyone explain what the joke was in the Danish Muhammad cartoon, except maybe that it would piss people off.

I used to feel like each person’s individual relationship with their deity or deities or lack thereof was . . . well, personal. I am a fan of analysis and critical thinking, but I pretty much don’t discuss religion. I lived in Israel as a teenager and all major religions go there for debate. Or it being the cradle of three of the major modern religions. Or something like that. While living there, someone I knew complained to me about an agnostic debating him on his Christianity. He said he felt it was wrong for someone undecided to try to convince him that his religion was predicated on something he couldn’t be sure of because, if the undecided agnostic won the debate, they would have stolen his faith. His position was that his faith was valuable to him and being undecided meant nothing to the agnostic. I just did a quick Bing on the person who said that and he apparently is still losing and rediscovering his faith on a regular basis, so maybe he was actually the agnostic. Whether or not the person, who made the point on the value of faith for the believer, was an idiot probably doesn’t make the point invalid.

But then I lived in Georgia. And that totally changed my views on religious tolerance. I experienced countless people who considered themselves religious use their status as a person of faith to behave in incredibly bigoted ways towards those around them. Including me. I literally had door-to-door religion salesmen defecate on my porch. I had bakers ask me if I drank baby’s blood when I was trying to buy a bagel. (No, I eat bagels. Duh.) I had come across bigots before, but I’d never seen this level of intolerant, assumption-making, busy-body, beating-down of anybody different. I had a pretty normal punk reaction to Southern oppression in that it made me want to jump up and down on the tables, yell, and rebel. Blasphemy became utterly hilarious to me.

While kind of doing the couch tour in between Atlanta and Los Angeles, Forrest Black registered the domain BarelyEvil.com. (Do not click that link if you are at work, unless your office is totally cool with viewing naked blasphemers while on the clock.) He was amused by the idea of satanic teens and I’m a big fan of putting a site on a domain, once it is registered, so Forrest Black built Blue Blood’s Barely Evil, and we did kind of a lot of shoots involving crosses, fetish nuns, and devil girls. They were fun and creative. BarelyEvil takes a light-hearted approach to the subject matter. You can see a free devil girl gallery Forrest Black and I shot here and both those full series, in all their glory, are available in the Blue Blood VIP members area. We’ve shot a lot of different styles of devilgirls, but we did this style first with Dana Dark and later of Szandora, Scar 13, Masuimi Max, Lori the Gory, and Nina Sin, among others.

Posted by Amelia G on September 27, 2009. Filed under Happenings. You can follow any responses to this entry through the RSS 2.0. You can leave a response or trackback to this entry
Tags: atlanta, bing, blasphemy, blasphemy day, caps-lock-day, dana-dark, deities, devil, funny, hilarious, humor, masuimi max, nina sin, nuns, rebel, scar 13, szandora