I’ve been watching a lot of TCM lately. In particular, the gangster movies from the 1930’s really resonate with me. In a way, the world is such a different place now, and, in a way, so many of the issues are so very current. Those movies took on themes of people with good work ethics and limited opportunities, as well as issues of gender roles, personal responsibility, defining right versus wrong, and how a society can reabsorb men who have been to war and killed people for their country.

I believe we are in a depression now. My mother was an economist for the United States government for many years and, when I asked her what the difference between a depression and a recession is, she told me, without even having to think about it, that it depends on whether your party is in office or not.

So, in addition to TCM, I’ve also been watching the Boardwalk Empire previews and ubiquitous Los Angeles billboards for some time with great impatience. Everything about the show looked like it was going to be awesome. HBO got Martin “Goodfellas” Scorsese to do a long form cable drama about Prohibition in Atlantic City. Boardwalk Empire was apparently created by Sopranos writer/producer Terence Winter. 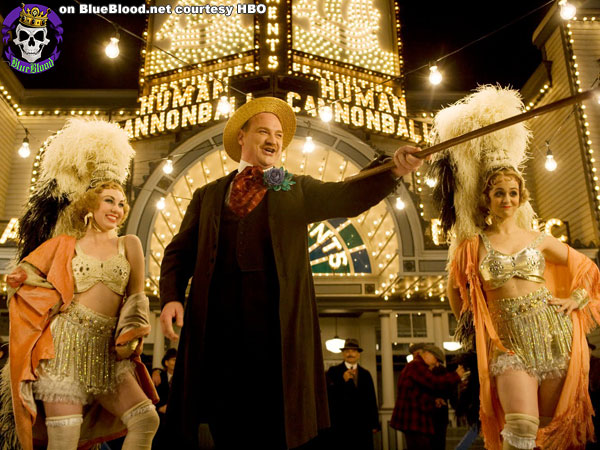 Boardwalk Empire stars Steve Buscemi as the Treasurer of Atlantic City when Prohibition goes into effect. The pilot kicks off with him addressing a temperance group and then telling his driver, a Princeton drop-out back from war, played by a fine-looking Michael “Hedwig and the Angry Inch” Pitt, that the first rule of politics is to never let the truth get in the way of a good story. Looks like Michael K. Williams, who played Omar on The Wire, is going to be in this too.

I saw Steve Buscemi and Michael Pitt act amazingly together before in the thought-provoking movie Delirious, about a good-looking homeless teen, a lonely paparazzi photographer, and a trapped teen pop diva. I think Delirious would have been a bigger film, if it had just had a name which was not so forgettable. I thought it was really good and I just had to look up what it was called. But I digress.

Boardwalk Empire so far is a ridiculously good story. I keep wondering about its historical accuracy and there are so many fascinating little tidbits, of the sort I’d usually go check if I saw them in a TCM movie, but I don’t want to spoil any suspense on a series I will definitely be watching all of. I just know to take it all with a grain of salt because of that opening disclaimer about the truth and a good story.

I had unattainably high hopes for this series and, so far, it has absolutely met them. If someone were to tailor-make a series perfect for my viewing pleasure, Boardwalk Empire has it all. It is intelligent, witty, tidily plotted, beautifully shot with sets designed with entertaining and inspired attention to detail, flawlessly acted and directed, and features characters ranging from iconoclastic criminals to flashy club girls to artists, all in great outfits, including the best in mobster chic. All this one is missing for my needs is a vampire. 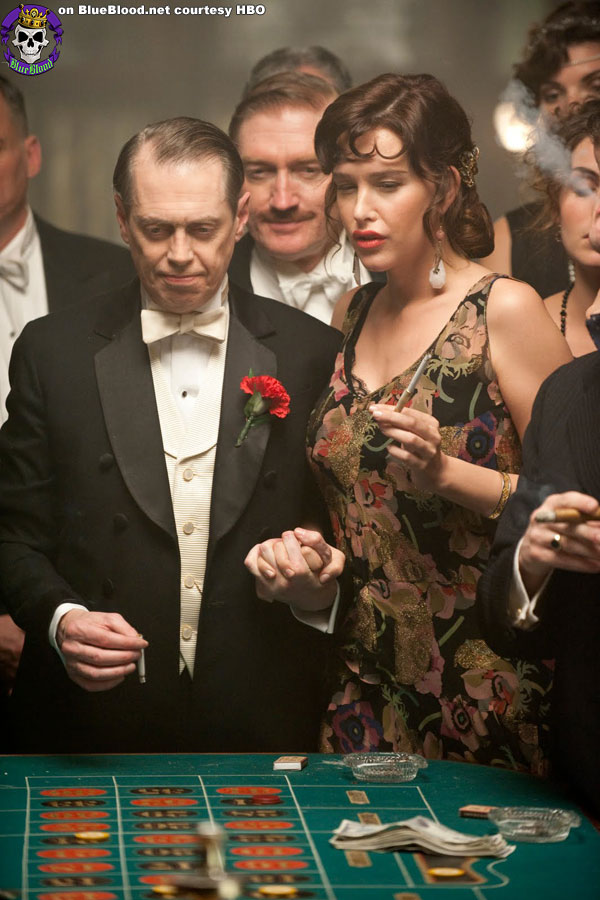 Posted by Amelia G on September 19, 2010. Filed under Popcorn. You can follow any responses to this entry through the RSS 2.0. You can leave a response or trackback to this entry
Tags: boardwalk empire, depression, gambling, gangster, hbo, hedwig and the angry inch, michael pitt, mobster, prohibition, sopranos, steve buscemi, temperance, the-wire, vampire