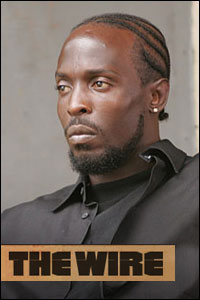 I did not have a television for many years. Then, when I had one, it was only used to play videotapes; I didn’t even know for sure whether it failed to get reception or I’d never tried to get any on there. In the process of getting myself the Hell out of Georgia, I hocked the aforementioned television and used the proceeds for moving expenses (paying off a truck tow driver not to tow away the moving truck cab with almost everything I was moving inside.) I did not miss my hocked television.

But then they invented TiVo, On Demand, UnBox, instant download, renting DVDs by mail, and high quality TV shows with long, complex, and well-written story arcs. My two biggest objections to television in the past were always that (1) I couldn’t see planning my schedule around when a television show was on and (2) I’m not exactly the average person, so I was pretty sure that no show aimed at the lowest common denominator was likely to appeal to me.

Since then, I’ve come to strongly prefer the format of the long cable drama over all other video media. It’s funny that I don’t even really know what the name for it ought to be, but it is definitely a new structure for story-telling, one which allows for the communication of much more complex and interesting stories. Some of my favorite shows in this emergent form are the Weeds tales of a suburban widow-cum-drug-dealer who maintains her style of life and Dexter’s introspective serial killer and The Tudors with the sexiest retelling ever of the monarchy of King Henry VIII, all on Showtime. On AMC, I’m currently watching Breaking Bad which is about a middle-aged chemistry teacher who learns he has terminal cancer and starts cooking meth and I’m looking forward to the return of Mad Men about a poor Jewish orphan who reinvents himself as a WASPy philandering Madison Avenue executive. Don’t get me wrong; the complex cable drama has some wretched shows in that format too. The politico and mobster show Brotherhood on Showtime is so over-acted with such heavy-handed writing that it is painful to watch. HBO’s bigamist Mormons with sinister associations show Big Love is unwatchable unless you are far far more titillated by unconventional sexual relationships than I am. But, on the overall, this is a pretty awesome format.

And then there is The Wire. The Wire is pretty much the absolute perfection of the form. The first season was all about a successful street drug distribution organization. It was gripping and both police and gangsters were written, acted, and directed so well that the viewer truly felt like they were real people. Then they switched to the potentially less glamourous dockworkers the second season and they made it work, made that gripping too. Today is the last episode of The Wire. Creator David Simon, frequent collaborator Ed Burns, and the rest of the impressive Wire team have done such a good job up until now that I accept that the series was ready to come to a close. They told the story. It took five seasons to tell it, but, unlike a sitcom where nothing changes, the various characters have had their story arcs at this point. They’ve told us what they came to tell.

I’ve seen a number of bloggers jumping up and down about how The Wire deserves an Emmy and how everyone should tune in for the final episode. I have a couple thoughts on that. Firstly, HBO broadcast two half hour specials comprised of clips from the show and interviews with the cast and crew who were clearly supposed to be pushing the agenda of getting The Wire an Emmy. The show is brilliantly written and a cynical Angeleno might speculate that maybe their Baltimore shooting location has contributed to them not winning so far. Personally, I couldn’t tell you when the Emmies are or name three shows which have won one for writing. I bet the bloggers demanding an Emmy for The Wire couldn’t either. But it is good to know that HBO is taking care of their people after five seasons of excellence.

Lastly, if you have not been watching The Wire so far, do not start now. Or at least do not start with the finale. The thing about a complex story is that it can’t be told or comprehended in one hour. The last 59 episodes are not available for instant download or On Demand customers, but the first four seasons can be rented or purchased on DVD. I recommend starting at the beginning and getting the whole story. By the time you finish watching through the fourth season, with its focus on education, maybe the current season, examining the role of media, will be out on DVD.

I don’t usually like to schedule around television. Ever really. But I’m pretty sure we are now about a quarter of an hour into the East Coast showing of The Wire finale and my TiVo has been picking it up for me. And I want to watch it before the entire internet starts posting spoilers.

Posted by Amelia G on March 9, 2008. Filed under Blue Blood. You can follow any responses to this entry through the RSS 2.0. You can leave a response or trackback to this entry
Tags: amc, breaking bad, dvd, hbo, mad men, mobster, serial-killer, showtime, sopranos, television, the-wire, tivo, tudors, tv, video, weeds