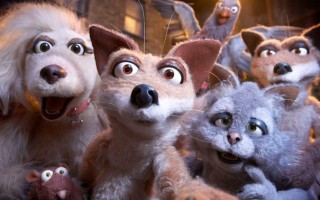 The Outlaw Haberdashery of Danger and The Wild One


Every once in a while, I like to watch old black and white movies. I’m particularly partial to ones where men speak in clipped strong rhythms and people get murdered. But I’m open-minded and my TiVo recently suggested that I try watching The Wild One. The Wild One is the classic 50’s flick where Marlon […]


I perused TuckerMax.com upon my return from Austin, to see if there was any vital news I should include in my article about Tucker Max and his writing and his SXSW panel. There was nothing which really jumped out as necessary for an introduction piece. But, what the heck, I’ll give you all the lowdown […]


I used to watch music videos and just feel the mood they were trying to evoke. I’d believe that the peformers really were that cool. It was all so sexy and exciting. I just wanted to pass through that TV screen into a cooler and more passionate world. Given that I kind of did manage […]