I get it. I get it. We had all the foreshadowing of Walt and Flynn watching Scarface together. So I wasn’t expecting a happy ending to this show.

I was, however, expecting a well-written and character-driven ending. Vince Gilligan and crew, under whatever directive ruins shows like Weeds, are really forcing the ending on this one. Some out-of-character behavior:

(1) Flynn refuses to listen to a word his father says and sees his mother pull a knife, but is suddenly so totally her tool that he lies about it to the police and maybe himself. Even though the rest of the show, he has loved both his parents and always wanted to hear all sides of the story, and been attuned to dishonesty.

(2) Hank is totally cool under fire. Even though the rest of the show he has been Captain Panic Attack.

(3) Skyler totally caves to Marie’s humiliating demands immediately. Even though the rest of the show, she has resisted her sister’s attempts to dominate her and always wanted to know everything going on before she acted.

(4) Walt is on tilt and doing stupid things non-stop, from buying Jesse’s burning the money tale to telling a large group of armed killers that he has $80 million dollars buried near by. Even though the rest of the show, Walt’s character has been way more suspicious, secretive, and brilliant than I am and I would never put all 7 barrels in the same place, especially when there are quite a few people who know about the dough. Yet somehow Walt puts all his remaining cash in one spot. And blabs about it.

(5) But, wait for it, the white power murder meth crew are totally reasonable, so Walt still has $11 million.

(6) And Holly can talk now and ask for her mother.

And on and on. Pretty much the only characters who are behaving in character are Todd and Marie. Todd is still a rational, hard-working, can-do kind of sociopath and Marie is still a competitive jerk who uses every situation as a way to get one up on those theoretically closest to her.

Not only is the story failing on a story level, but there are long dull stretches where we get to watch something literally as boring as watching a middle-aged guy roll a heavy barrel across a desert in real time. 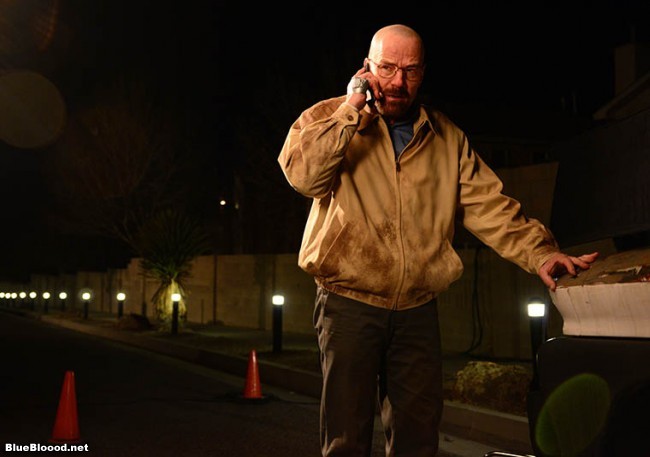 Posted by Amelia G on September 15, 2013. Filed under Headline, Popcorn. You can follow any responses to this entry through the RSS 2.0. You can leave a response or trackback to this entry
Tags: amc, boring, breaking bad, meth, money, murder, ozymandias, panic attack, sociopath, sucks, television, vince gilligan, weeds