According to the internets, a lot of people are deeply not rooting for Walt, at this point. Apparently, a lot of people are also totally shocked by the way Skyler and Marie are reacting to events over the second half of season 5, like how could these nice ladies be all on-board with murder and killing and stuff.

I’ve said it before, but I’ll say it again for the sexists in the house who think the fairer sex is always about being nicey nice. Skyler and Marie will only express moral outrage as a means of controlling their men and others around them. To me, Skyler and Marie are the most monstrous characters on the show and the two characters I would least like to know if they were real people, followed fairly briskly by Hank Schrader. Those three characters are all very competitive, and not in a strive-to-win way, but rather an others-must-lose way. The women hide their machinations for control behind things like fake concern for children and Hank hides his machinations to be the big swinging dick behind his job.

Conversely, Walt strives for excellence, whether he is doing biochemical research for Gray Matter or teaching high school chemistry or, ya know, running a meth empire. Walt only requires others to lose if they get in his way. Maybe I’m just open to a “nuanced discussion of the benefits of child poisoning”, but I think Skyler, Marie, and Hank are unkind for the sake of being unkind, while Walt only does the things he does for a reason.

Interestingly, the most awful thing ever done by a main character on the show was actually enacted by Jesse. I really liked Gale Boetticher. Gale was one of the most innocent and decent characters on the show. He is only in the drug business because he loves doing actual lab work in a high quality laboratory. Gale loves science and music and he wishes ill on no one. Gale was the beneficiary of the drug business when he received the Max Arciniega Chemistry Scholarship to help pay for his education at the University of New Mexico. Getting to work in Gus Fring’s spiffy lab was also a bonus. It was ultimately his downfall when Gus was going to replace Walt and Jesse with Gale, so they had to remove Gale from the equation in order to save their own lives. Killing Gale was Walt’s idea, but Jesse pulled the trigger. I’ve seen people talking about Jesse being the moral center of Breaking Bad. Although Jesse is wracked with some relative of remorse, of the currently living characters, he did the worst thing — He murdered someone who did not deserve killin’ and he did it on purpose.

Todd murdered a child, but he did it by accident.

The only other “bad” act in the series which really got to me was when, in a flashback scene, homophobic territorial gangster Tio murders Gus Fring’s boyfriend Max Arciniega in front of Gus. I think everyone can agree that Tio Salamanca is a character we won’t be mourning the death of, what with, not only the murder thing, but the half-drowning one of his own twin nephews so he’d grow up to be a capable hitman. I mean, it is nice to help your loved ones learn a trade, but sheesh. 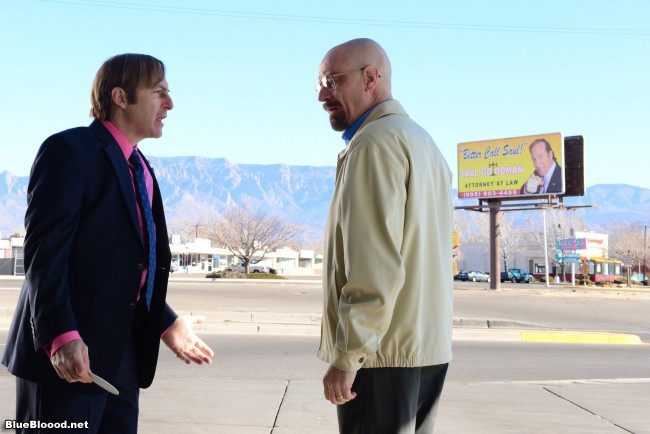 Posted by Amelia G on September 8, 2013. Filed under Headline, Popcorn. You can follow any responses to this entry through the RSS 2.0. You can leave a response or trackback to this entry
Tags: breaking bad, chemistry, gale boetticher, gus fring, hitman, jesse-pinkman, max arciniega, morality, mortality, saul goodman, tio salamanca, university of new mexico, walter-white