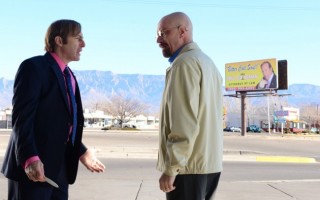 
I deeply appreciate the elegance of Walter White’s solutions to problems. The DVD confession of how his overbearing DEA brother-in-law forced him to use his chemistry knowledge to cook meth … and when he was in a vulnerable state from a cancer diagnosis … and even took his kids for three months to keep him […]

Do loved ones make you stronger or more vulnerable?


Do you feel having loved ones makes you stronger of more vulnerable? In “Grilled”, episode 202 of Breaking Bad, hopped-up tweaker drug lord Tuco tells high-school-chemistry-teacher-cum-meth-chemist that he likes doing business with a family man because there is a lot of collateral. My immediate thought is that the fastest way to conquer Tuco would be […]