If you like cyberpunk sf, you are probably familiar with author and general cool guy Rudy Rucker. What you might not know, or at least I didn’t until now, is that Rudy Rucker edits an online science fiction zine called Flurb. It is free to read and includes many top speculative fiction/science fiction talents. 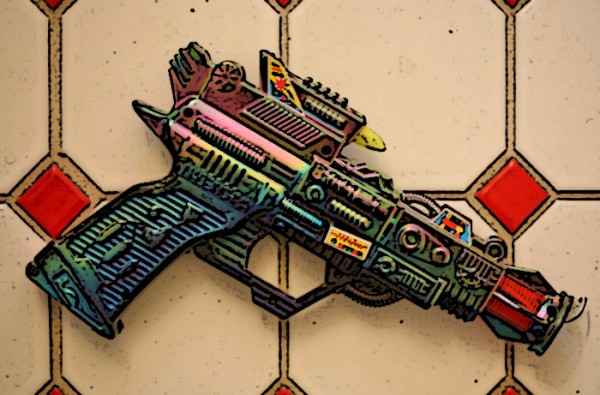 I found Flurb via a link from author Annalee Newitz on Facebook. Her story in Flurb #10 is called The Gravity Fetishist and is eighteen kinds of awesome. First of all, just the idea that, in a future where humanity has colonized space, someone might fetishize something we earth-dwellers all take for granted, gravity, is tremendously hilarious and inspired. The story itself really captures the feeling of craving the forbidden, cultural aspects of sexuality, the way reality doesn’t necessarily live up to fantasy, and our sexual triggers don’t always match up perfectly to what happens or even what could happen. It is a really nice meld of hard sf and social science, with a dash of tasty pervery.

Other contributors to Flurb #10 include editor Rudy Rucker himself with a bit of consciously Burroughsian alternate history. Blue Blood contributor John Shirley offers up a tale of ultimate drug addict self-destruction. Author Jon Armstrong has another standout piece with a complex weaving of the mechanics of pop culture and societal rule. Maybe because Jon Armstrong is a common name, I thought I was coming across someone new, but I actually read his novel Grey some time ago and enjoyed it. All of the quality stories here are somehow around the theme of politics, just in time for the midterm elections in the USA.