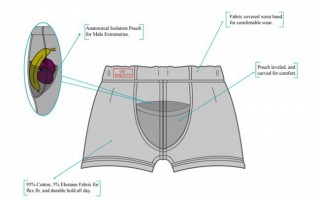 
So I think I’m going to back the Kickstarter for the SHEATH 2.0 – Functionality Where it Matters Most. I have an innie, rather than an outie, when it comes to genitals, so I have no idea whether the whole lift and separate thing would feel comfy and awesome or awful or superfluous. I don’t […]

Would you want to wear banana shoes?


The usually more loquacious Cory Doctorow at Boing Boing posted this image of a banana shoe earlier today under the title “Just look at this awesome banana shoe.” The article read, “Just look at it.” The banana shoes are the creation of Israeli designer Kobi Levi. I’d like to tell you all that the years […]


According to science journalist Jennifer Viegas, reporting for Discovery News, a number of species of sharks can make themselves invisible when they feel like it. Scientist Julien Claes is the lead author of the Laboratory of Marine Biology, Earth and Life Institute at the Catholic University of Louvain findings published in the Journal of Experimental […]