Are ray gun vibrators steampunk? This is the sort of question I lie awake at night contemplating.

Steampunk is a sub-genre of science fiction/fantasy/speculative fiction, which builds on the works of H. G. Wells and Jules Verne. Now H. G. Wells and Jules Verne were both geniuses and can be forgiven for imagining future technology as based on 19th century inventions and future values as growing out of a Victorian sensibility. They both came of age in the 1800’s, so they’d have a reason for this.

Personally I love the steampunk aesthetic. It’s, ya know, really really pretty. When I see all that broken or antique clockwork and gears, though, I admit I think Salvador Dali or William Faulkner. I think of the poetry of broken or past time, the ephemeral nature of humanity’s existence. I don’t think that I wish I were born in a time when American women could not vote and men were supposed to sexually overload at the sight of a table leg without a skirt on it. 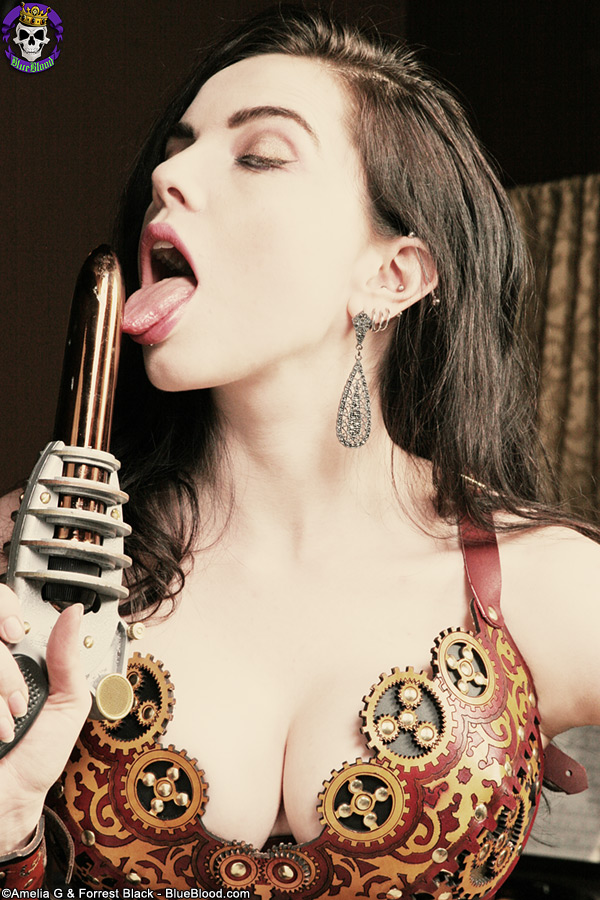 Blue Blood readers will be familiar with the lovely Nicotine, who portrays Lady Clankington, as part of the tongue-in-cheek history of the little death ray sex toy rayguns line designed by “mad Dr. Visbaun”. Lady Clankington always wears steampunk couture garments from Brute Force Studios. The mad scientist behind the steampunk rayguns and the sexy clockwork leather clothing is a very long-time comrade of mine, so I know he can handle a few negative nellies.

And, of course, there are some folks whining about how steampunk sex toys are like totally wrong and co-opting somehow. When asked if the ray guns are steampunk, their mad creator responds, “Egad! You noticed! We pride ourselves in designing the first steampunk adult novelty items available for purchase. While others have created steampunk novelties in the past, ours are the only ones that are functional, practical, and aesthetically pleasing.”

For a couple of years, I’ve seen various folks I know complaining that steampunk is going to be the next subculture co-opted and chewed up by cool-hunters. Nobody is more frustrated than I am by the speed with which there is corporate co-option of the interests and tastes we should be able to use to identify like-minded souls. But I can vouch for the fact that, err, Dr. Visbaun has been dressing like a freak for many decades and did not just decide to start being a costumed pervert because some trend report told him to. And, if there are a few people who insist on using the word punk as part of the definition of their subculture, while espousing Victorian censoriousness, and they are mad that there is such a thing as a sex toy steampunk raygun . . . well, good. 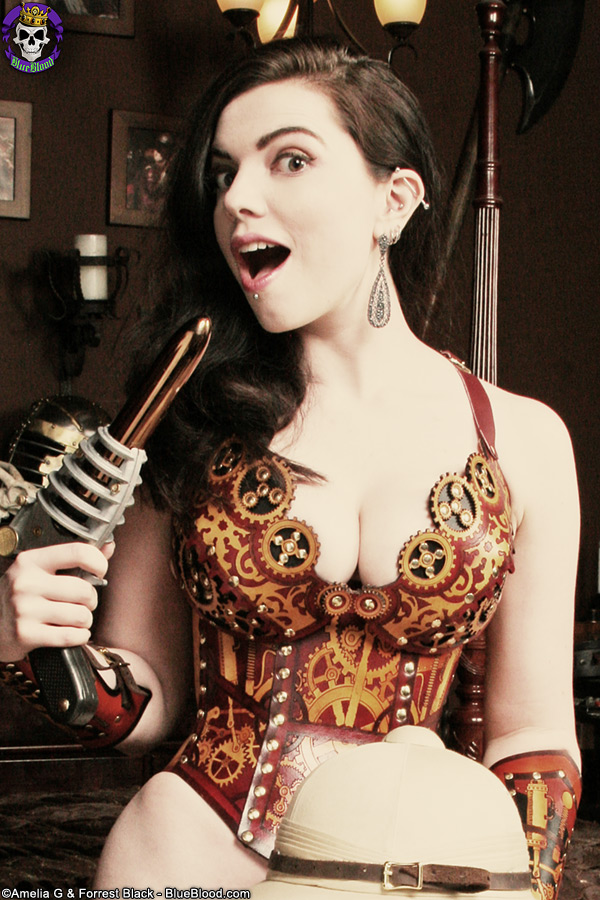